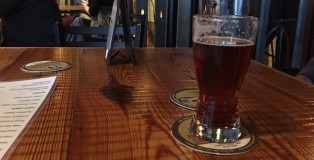 West Seattle Brewing Company is one of the quieter breweries in the Seattle area, but that doesn’t make it any less quintessentially Seattle. The brewery, which reopened after renovations last summer, offers a coffee bar for early morning commuters, 18 taps, and a kid/dog-friendly space that has been called “West Seattle’s living room.” To top it all off, the Seattle Sounders 2016 schedule has a permanent location at the entrance of the bar. West Seattle Brewing truly offers the unassuming, laid back experience that Seattle breweries are known for, complete with plentiful options, friendly staff, and – most importantly –  delicious beer. END_OF_DOCUMENT_TOKEN_TO_BE_REPLACED