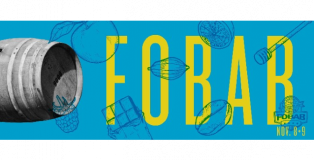 The 17th Annual Festival of Wood & Barrel-Aged Beer (FoBAB), the world’s largest barrel-aged beer festival and competition, will occur in Chicago on Nov. 8-9 at the University of Illinois-Chicago. More than 200 craft breweries from across the United States will showcase innovative, rare and special barrel-aged brews, while also competing for top honors in The National Barrel-Aged Beer Competition.

“FoBAB continues to be a one-of-a-kind showcase of the creativity, innovation and passion that defines the craft beer industry,” said Danielle D’Alessandro, executive director for the Illinois Craft Brewers Guild, host of FoBAB for 17 years. “We’re thrilled to provide a venue for breweries across the nation to feature their barrel-aged beer to thousands of enthusiasts from all over the world.”