It’s been hard to pay attention to anything that doesn’t involve a gold medal with the 2012 Olympic Games going on. But we did our best. Here’s what’s been going on in London and the rest of the world.

Michael Phelps is a good swimmer. He won gold in his final race, bringing his career total to 22 medals (18 gold). Incredibly, that’s more medals than Romania, Poland, the Netherlands, Cuba or Spain have won during the last three Olympic Games. He’s officially the most decorated Olympian ever. I think that’ll be a good pick-up line at the bar. He now says he’s going to retire at the age of 27.  If only we could all be so lucky!

Funniest news story of the week is compliments of London Mayor Boris Johnson. His patriotic and dramatic entrance on a zip line went awkwardly wrong…

On a much more serious note, back on this side of the pond we’re dealing with another mass shooting.  This time half a dozen people were killed outside a Sikh temple in suburban Milwaukee. Early reports say the gunman is a 40 year-old white supremacist that was discharged from the military a few years ago.

Space nerds, assemble!  NASA geeked out after landing its Curiosity Mars rover onto the Red Planet.  I won’t pretend to know how it works, but apparently NASA’s roll of the dice is paying off and we’re getting new images from the surface of Mars.  Curiosity is looking for any signs of life on that planet.  I’m guessing they won’t find little green men, but this could be the biggest day in space exploration in many years.

Who would have guessed a chicken sandwich could become a barometer for one of the biggest social issues in modern American society? Thousands of people flocked to their local Chick-Fil-A after the founder of the restaurant’s son came out as an avid opponent of gay marriage. Chick-Fil-A is a Christian organization (hence why you can never get a spicy chicken sandwich from them on Sundays), but few knew its political stances.  People packed to get their chicken and waffle fries to support the restaurant’s conservative stance. Not to be outdone, a day later gay marriage supporters fired back with public displays of affection, er opposition. Gay and lesbian couples took pictures of themselves kissing in front of Chick-Fil-A restaurants and then undoubtedly posted them all on Facebook.

President Barack Obama turned 51.  His present? More gray hairs and a growing campaign schedule. I’m guessing the guy didn’t get the day off to celebrate. No rest for the weary.

Okay, you should be all caught up.  Now you can nod your head when you’re listening to your opinionated friend opine on the barstool next to you.  Cheers! 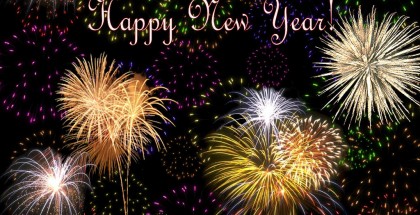