Upfront apology—this is a bit sad. Today, in my regular podcast listening I found out that comedian Tig Notaro was recently diagnosed with breast cancer. I would like to first (well, I guess, second) say that I don’t know this woman. I find her absolutely enjoyable but I don’t actively follow her career. That said, when I heard she was diagnosed, it was as if a close friend or relative of my very own had been given this news. I know a lot about her from the various podcasts she’s done and she’s had a string of really, really awful things happen in her life. Notaro was hospitalized with pneumonia that developed into a bacterial infection and lost 30 pounds. A few days after she was released from the hospital, her mom died after falling and hitting her head. Then, her girlfriend broke up with her. And now she has cancer. Oh, and all that happened in the last FOUR MONTHS. I just cannot understand how all that can happen to one person. I’m a little ball of emotion right now but I highly encourage you to check out her comedy and laugh through sadness.

The only way I can move on from the Tig thing is to talk about the thing I find the most ridiculous. I’m actually really happy about this engagement as this means they are confining their horrible music genes to one family as opposed to spreading their wild growl-y, tiny punk oats elsewhere. I feel that their children can only grow up to be accountants or business people or horribly embarrassed of their parents. Do we feel this is the Canadian equivalent of Kim Kardashian and Kanye? I’m going to go with “Yes, but poorer.”

Doctor Who is officially coming back September 1

I totally entered a contest today for tickets to screen the premiere this Saturday. Everyone wish/pray/cross fingers/make a non-animal sacrifice for me! I’m rull excited, even if I do end up waiting until September 1st.  Coincidentally, my new roommates are moving in that day. Sorry guys- we’re watching some Who. Also, I want this iPhone case. Email me at [email protected] for instructions on where you can send it.

Speaking of Doctor Who and also Thor and also belts

If you’ll remember, I recently reported that the ninth doctor, Christopher Eccleston would be playing the villain in Thor 2: Subtitle Somethingorother. Well, he’s got some nerd competition. Adewale Akinnuoye-Agbaje, or as I still and shall forever call him Mr. Eko from Lost, has also been cast as a villain in the sequel. Er..or two villains. He’ll play a dark elf named Algrim who gets thrown into some lava and transformed into Kurse, who is twice as strong as Thor. He was in cahoots with Eccleston’s Malekith but then Mal betrays him and throw him into aforementioned lava. Al wakes up only remembering he hates Thor for some reason. Kurse/Al then fights a BUNCH of people thinking they’re all Thor before Thor actually steps in and says, “Hey, uh…yeah. So I’m Thor.  Um, what’s your deal, man?” Then they fight and there’s a magic belt involved when all they really need to do is sit down and have a chat about who is really to blame for what. Gods have no sense of diplomacy.

The Games finally have their Finnick

After casting every other part of the books, Sam Claflin has finally been given the role of Finnick in the next two Hunger Games movies.  Honestly, I have no idea who this fella is.  A quick look at his IMDB page provoked a lot of, “Really? He was in that?” For example, he was in Pirates of the Caribbean: On Stranger Tides and Snow White and the Hunstman. OK so I guess by ‘a lot of,’ I mean, ‘two instances.’

I pictured Finnick a bit older (Henry Cavill, Ryan Kwanten) but then I looked at Claflin’s Google image page and I’m suddenly really OK with it. I think we can all agree that this was a good choice. Seriously—Dream. Boat.  But the best news about this is that I can finally stop caring.

I’m sorry, I got distracted by staring dreamily at the picture. Claflin will be starring alongside the regular Hunger Games gang, plus the additions of Jena Malone and Phillip Seymour Hoffman. Catching Fire is slated for a November 2013 release.

This film is rull good, you guys (who ever said I didn’t write well? psh). Just when everything gets a bit too tragic, it hits you with something hilarious to bring you out of your despair for this couple played by Rashida Jones and Andy Samberg. Samberg is surprisingly good in this and doesn’t bog down his performance with too many ‘look at me, I’m wacky!’ faces. Though as someone who also has a compulsive need to always be right, I feel that Jones’ character was speaking directly to me. When the film was over, my friend Kaileigh turned to me and was surprised that I had shed actual tears. I will be renting this movie and sobbing by myself in the comfort of my own home. NOTE: If you ever see me with a stack of Blue Valentine, Away We Go, When Harry Met Sally, and now Celeste and Jesse Forever or a combination of any thereof- you NEED to get me away from there.  Immediately.

The old broad passed away on Monday at the age of 95.

Game of Thrones has named its Manse Rayder

Ciaran Hinds has been given the title King of the North and finally puts a face to all the threats that ginger girl has been spouting towards Jon Snow. Rayder is the leader of the wildlings beyond the wall (and apparently has had to deal with quite the zombie outbreak). Hinds was most recently seen in the USA mini-series Political Animals.  For super cool people, he also played Aberforth Dumbledore and was on Rome (well, the Rome bit was for the super cool people, more of just an additional credit).

So remember how I said that Woodbury on The Walking Dead looked a lot like New Otherton on Lost?

Well, they’ve taken that a step further by casting this guy:

Hello, Benjamin Linus. Glad to see you made it off the island and to the zombie apocalypse.  OK, this guy is actually Milton, a resident of the Governor’s Woodbury and is played by Dallas Roberts. Milton is not in the Walking Dead graphic novels, so he’ll certainly be an interesting player in the next season. “We were examining, ‘How do people survive in this apocalyptic world, and what can people contribute?’” says show runner Glenn Mazzara. “And we didn’t think it was plausible that every single character we meet is an efficient zombie killer. We just didn’t buy that everyone we know would be active and deft enough to kill every walker. We wanted to show how other people survive.” So he represents how those of us who don’t really have survival skills per se, but still would really like to not get eaten.  I wonder if he’s ever been in a hot air balloon?

I might have to start caring about Survivor again

I was super obsessed with the first season and then quickly tired of it. But this season, they have somehow managed to get Blair Warner herself, Lisa Whelchel to strand herself in some hellish place for our entertainment. At first, I thought this must be Celebrity Survivor or something stupid. But NAY! It’s normal, proper Survivor with normal, real life people. And Blair. We can only expect she’ll take the good and take the bad and take them both and there you have … er—Survivor. I just hope the world will seem to be living up to her dreams.

The Office will be ending after this season

NBC finally decided it was cruel to keep the series going. People everywhere thought, “That’s still on?” Well, you guys didn’t. I don’t know why I keep talking about this show.

Former NFL person Michael Strahan is reported to be taking the chair alongside Kelly Ripa on that show no one our age watches. Well, they watch it in cabs at 4 am. Now you know why a giant black man is sitting next to that tiny blonde lady. You’re welcome.

Ok since I am clearly reaching for stories at this point, I’m going to sign off. Don’t forget to follow my blog and my Twitter (@caitlinvanmol).

Til next time -cvm 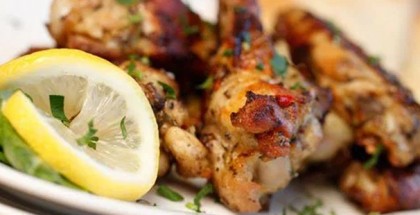