It’s not quite six o’clock in the evening, and I’m sitting in a sports bar that someone’s wedged into the lobby of the hotel in which I’m staying. Or maybe the bar was here first and the hotel grew out of it like a profitable tumor. Either way, it’s an awkward arrangement: certain tables are all but behind the reception desk and every now and then a brass luggage trolley bumps and nudges its way through the maze of tables and chairs laid out by the bar staff, leaving behind it a wake of spilled drinks and muttered curses then disappearing into one of the elevators on the far wall.

The plan is to force down some preseason football until it’s time to leave for dinner. It’s not a great plan, but it’s simple and going quite well, actually, until a man drops into the stool next to mine. He says hi, I say hi, he says hi again, which is weird, but he’s quick to recover and we exchange how-are-you’s and fines and the conversation moves forward. A little too far forward.

“Sometimes,” he says, “I worry that my mouth makes more spit than a normal person’s mouth.”

Which is an odd thing to say. I can’t think of a response that couldn’t feasibly be the first step down a path that ends with me being chained to a radiator. But then the bartender finally notices my new acquaintance.

The bartender watches him all the way out the door, shakes his head and returns to polishing glasses. I feel like I’ve walked into the middle of a movie.

A few minutes later, two guys come in together and find a table. They’ve each got on a Carolina Panthers jersey— it’s Jonathan Stewart for one, DeAngelo Williams for the other. I choose to believe that they went shopping for their shirts together, that they chose the two halves of perhaps the longest tenured running back tandem in the NFL as an expression of their friendship, and that each week they alternate who wears which one (also, that they were probably pretty bummed out about the Mike Tolbert signing, but I’m sure they’ll work through it).

WILLIAMS: People always say, “If time travel was possible, we’d know about it. A time traveler would have come back and told us—”

WILLIAMS: —but that’s bullshit. I hate that. Time travelers wouldn’t use their time machine to pop back into the past and just brag. They’d be stealthy. They wouldn’t want to risk changing the past, you know? If they come back and tell us how to time travel, or even that it’s possible to time travel, then they’d change the way time travel is invented, see? It’s a paradox. It could destroy the universe.

STEWART: I’m not a time traveler.

WILLIAMS: Maybe we move on to other planets after we’ve used this one up. So now you’ve got human beings all over the galaxy, and they can all time travel. I mean, not everyone. The guys in charge wouldn’t want that technology out in the open where John the Postman or someone could just stumble into the past and kill Isaac Newton. Obviously. But each one of these human settlements out in the universe has these scientist-historian types who are certified to time travel responsibly. And every one of them would wanna see where humanity came from, that goes without saying. And if they can time travel then you know they can teleport, too, so transportation’s not a problem. So all of these colonies or whatever send guys into the past to gather information and bring it back—say one dude to study every couple decades or something. Whatever. I don’t know what their resources are like. But really, it’s not just one dude from each settlement that’s sent, because we’re talking about time travelers. They might send one guy, but then a hundred years pass and they think, fuck it, maybe the first guy missed something, let’s send another. And a hundred years after that they send one more. And on and on it goes.

WILLIAMS: Exactly! Depending on how many colonies there are and how long humanity is around to keep sending people back, there could be thousands and thousands of time travelers living among us right now. Millions, even. One in eight dudes could be a time traveler for all we know.

STEWART: Oh, man, but then—so they think they’re here watching us, learning about the past and all, when really, a lot of the time anyway, they’re just watching other time travelers trying to look like us. It’s like studying a mirror.

If Hank Henry were a time traveler, he’d punch O. Henry in the face. Tell him who you’d punch at [email protected]. 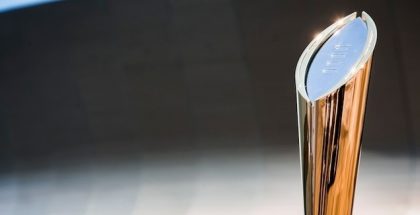 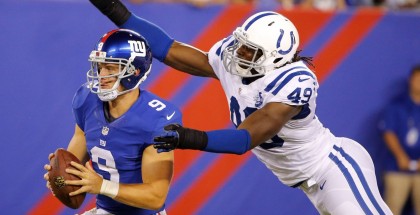