We are a nation of hard working, non-slacking off, nose to the grindstone individuals, which is why most of you will be reading this when you should be working on something else. Hey, we aren’t pointing any fingers, hell we didn’t have a new post up for three straight days this past Labor Day weekend. Speaking of which, I’m not complaining but is it really necessary to have a holiday for the American Laborer? While we’re at it, perhaps we should just think about adding a few more superfluous holidays, which brings us to this week’s roundtable discussion. I challenged our staff to come up with their own made up holidays.

Cat: If I could create any holiday … well to be honest I feel like the context of holidays is gradually fading away. Maybe it’s my age, but it seems they are mere excuses to drink and travel. I find no problem with this. So maybe my holiday would be “DT Day” (Drunk Travel Day) it would always coincide with the first weekend of February because February is usually such an awful month. Alternative month is June because that is the beginning of summer and people are ready to get away. Airlines would have special discounts for this weekend, resorts would provide amazing packages, and breweries, distilleries, and wineries would put on smash events.

Mike T: Powder Day. It occurs whenever a good dump falls on a week day and you want to ski. In CO, it pretty much already exists, but we call them sick days.

Drew: I actually looked up major federal holidays. Did you know that the biggest gap without federal holidays occurs between President’s Day in February and Memorial Day in May? So we should have a holiday somewhere in the middle there. Just for the heck of it. May I suggest April 6—also the birthday of John Ratzenberger, who was on “Cheers” and has been in every Pixar movie? April 6 should be Cliff Clavin Day.

Maciuba: Śmigus-Dyngus, or Easter Monday. “In Poland, Hungary, Slovakia, and the Czech Republic traditionally, early in the morning boys awaken girls by pouring a bucket of water on their head and striking them about the legs with long thin twigs or switches made from willow, birch or decorated tree branches.”

Karen: I was going to suggest National Bacon Day, but then I did my due diligence (aka, typed ‘bacon day’ into Google) and found this page: http://en.wikipedia.org/wiki/International_Bacon_Day. It’s apparently the Saturday before Labor Day, and I totally missed it. BLAST!

Cody: I think there should be a spring break that extends to everyone. Everyone will get a week off of work.
What would be your made up holiday? Send us your suggestions! 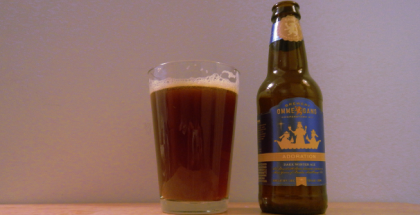