Thank you to everyone for stopping by to read the draft recap for the inaugural PorchDrinking.com fantasy football league.  Along with a pick-by-pick breakdown of every round, I’ve also included a brief snippet of analysis behind why I made the selection I did.  There also may be a snide remark mocking my fellow owners for their poorly made decisions.  On a rare occasion, I might even dole out some praise.  Be sure to check back weekly to see a quick breakdown on the previous week’s match-ups as well as some recommendations I have for the upcoming weekend’s matchups.  Good luck and good drinking!

Analysis:  No real surprises here.  I was holding out thin hope that one of the top three running backs would somehow fall to me at #5, but there no was such luck.  Tom Brady is certainly a fine consolation prize, however, as I expect him to come close to repeating last year’s performance with even better tools on offense compared to 2011.

Analysis:  I nearly went running back with my second pick, but instead chose to go with Jones, who I feel has serious potential to emerge from this season as the top overall wide receiver.  I was a bit surprised to see Jamaal Charles go where he did, but in a PPR league, Charles is one of those guys that can still deliver big numbers even when sharing touches.

Analysis:  It was time to take a running back and Ryan Mathews was a no brainer.  Before his injury, Mathews was being taken in the top five overall and projected for a huge season.  Once healed, a broken collarbone isn’t an injury likely to linger and I expect to get first round caliber performances from him for 80% of the season.  Surprising to see Andre Johnson go this late.  I’m not a huge fan considering his injury history and low touchdown numbers over his career, but he carries a big name and watching him go as the 8th WR off the board seems like great value.

Analysis:  Wanting to grab a 2nd running back before I was left scraping the bottom of the barrel, I took Doug Martin and the enormous potential he carries.  Wrestling away the starting job from LaGarette Blount during the preseason, I don’t expect Martin to relinquish his spot atop the depth chart anytime soon.  The depth at WR this season continues to shock me when I look through the names going in the 4th round.  Every single one of these guys could end up in the top 5 at their position this season, if not all of them.

Analysis:  I was crossing my fingers that Percy Harvin would drop to me here, but considering our league’s bonus points for 40+ yard receptions ad touchdowns, Brandon Lloyd has some major big play potential.  When the situation is right, I like to pair up a quarterback with his big play receiving target and this situation is right.  Oh so very right.

Analysis:  Snake drafts have the tendency to crush your soul and watching Antonio Gates slip away right before my pick was no exception.  Not that I’m disappointed with Aaron Hernandez, but I certainly didn’t set out to have three New England Patriots in my starting lineup.  Considering how prolific their offense can be, however, I suppose there are worse situations to be in.  Great value for Roysters here with Matt Ryan, as I believe he will be this year’s Matthew Stafford.

Analysis:  Needing a starting RB until Mathews comes back as well as a flex option for the weeks that follow, Peyton Hillis and his nose for the endzone fit the bill perfectly.  Kansas City likes to run, a lot, and I expect both Charles and Hillis to see the ball 12-18 times per game.  The differences is that Hillis will get most of the looks in the redzone and my weekly points should feel the benefit of this situation.

Analysis:  Figuring that it was worth gambling at this point, with all of my starting lineups’ positions filled, I, like the Green Bay Packers, decided to give Cedric Benson a shot.  There is almost no competition for him and his teammates haven’t stopped singing his praises since he showed up to camp.  I expect a lot of garbage yards for Ced while the Packers are running time out on their many victories.  Oh, and for those of you wondering, yes, it is far too early to start picking kickers.  Tsk tsk.

Analysis:  And now things start getting interesting.  This is the part of the draft in which seasons are won and lost, as those who gamble and win can ride a lucky payoff to their league’s championship.  I decided to go in a slightly different direction and grab Romo to stash on my bench, waiting for someone’s starting quarterback to go down with injury.  It’s not a move that immediately pays off, but getting a top 8 player at their position that I can dangle in front of someone in need will pay dividends when the time comes.  And yes, round 9 is still too early for kickers.

Analysis:  We at PorchDrinking.com never condone driving under the influence, ever, no matter what.  That said, I do endorse Justin Blackmon’s ability to catch the ball and run with it.  This internal conflict between victory and morality was a tough struggle, but I feel like Blackmon feels real remorse for his actions and am willing to give him a second chance.  And seriously, what is up with the kickers?

Analysis:  Baltimore is finally loosening the reins on Joe Flacco and the rest of their offense and I expect Boldin to shine in that situation.  They have been extremely successful in running a no-huddle offense during the preseason and Boldin has the chops to put together a 90-100 reception season.  This is the year that the Ravens see the return on their investment in Anquan.

Analysis:  Brandon Pettigrew may not have the athleticism of some of his contemporaries, but what he does have, is the eye and trust of his quarterback in a pass-heavy offense.  With Megatron attracting all of the attention, I expect his reception and yardage numbers to mirror last year’s performance with a slight uptick in touchdowns.  Having that kind of output available to slide into the flex and fill in for bye weeks is what ekes out midseason victories.

Analysis:  With the draft getting down to the final rounds, I felt it was time to grab my defense/special teams unit.  Everyone seems to forget about the talent that the Eagles have on that side of the football and that team chemistry isn’t built overnight.  Not only have they had a season to form a more cohesive unit, but they brought in even more talent over the offseason.  Add that to a re-motivated DeSean Jackson returning kicks and you have an explosive unit capable of putting up huge numbers any week.

Analysis:  With Mathews out for a week or two, it seemed worthwhile to grab his fill-in while he’s sidelined.  I don’t expect a ton of output from Brown, heck, I’m not even sure he’ll see any time in my starting lineup, but if Mathews has complications getting back on the field, there were certainly no other starting running backs available at this point in the draft.  LOVE the value that Yeti got with Tony Gonzalez.  As I mentioned before, the Falcons offense is due for big things this season and, while Gonzo isn’t the player he’s been in the past, he’s certainly still capable of contributing more than his fair share.

Analysis:  Collie never met a concussion he didn’t like, but before he got his cage rattled over and over again, he was a major, major contributor on the field.  Indianapolis didn’t draft Andrew Luck to watch him hand the ball off to Donald Brown more than is necessary to keep defenses honest, and I expect Collie to catch a ton of passes out of the slot.  In the 15th round of the draft, it’s all about rolling the dice and hoping they come up in your favor.

Analysis:  Ah the round of irrelevancy.  I supposed it was time to grab myself a kicker and lo and behold, the kicker of one of the most prolific offenses in the league is just sitting there, begging to be picked?  Most people forget about Hartley since he was injured last year, but I am not most people.  Considering New Orleans’ defensive “complications” as well as the fact that they play in a dome, Hartley should easily produce at the same level as those other kickers selected 8 rounds earlier.  Seriously, 8 rounds.  Mind: blown. 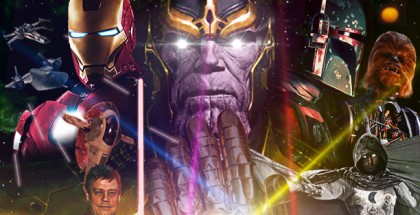 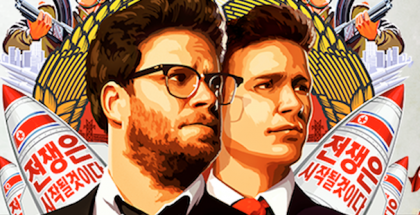