Saul vs. Saul | A Matchup Between Fan Favorites on Homeland and Breaking Bad

Quick background: Homeland is a show about the CIA and the agents who suspect that a war hero may be a terrorist. Breaking Bad is a show about a science teacher who turns into a crystal meth manufacturer. Watch them both. They’re great. And what both shows have in common is a fan-favorite character names Saul. Saul Bereson from Homeland is a CIA higher-up who supports our protagonist even when he doubts her. Saul Goodman from Breaking Bad is the seedy lawyer who helps the drug-slinging heroes avoid getting caught.

The greatest similarity between the Sauls is that both of them are go-to characters for lightening the show up. Homeland and Breaking Bad have doom and gloom and drama and intensity. When Saul or Saul is on the screen, though, you root for him—he makes any scene better. Saul Goodman can cut the tension in a scene with a hilariously offensive one-liner, and there’s no better image than a chagrined Saul Berenson listening to his protege Carrie have sex with a terrorist.

So to help you tell the difference between Saul and Saul, I’ve composed a handy chart. Not only is it informative, but it proves that these two would be PERFECT for a spin-off series. Think about it, Hollywood.

Enjoy, and check out Homeland and Breaking Bad. They’re worth the cable bill. 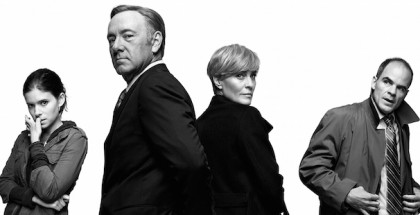