Let’s cut the fluff and get right down to brass tax; a lot happened this week, a lot is still happening, and you don’t have time to sit around not knowing about it. I get it, you get it, we get it, and I’m here to tell you, it’s cool. Relax. Crack a cold one. I got this.

The Oscars are this Sunday, and while everyone will be impressed with your film-snobbery after studying our Oscar’s cheat-sheet, seal the deal by mentioning nominee Christoph Waltz in Saturday Night Live’s insanely controversial/hilarious digital short, D’Jesus Uncrossed.

“Meh, unimpressed,” mutters your equally competitive pop culture frienemy, Chaz. Well, Chaz, how do you feel about Han Solo, Luke Skywalker and Princess Leia all returning in J.J. Abrams’ Star Wars Episode 7? While Disney has yet to confirm any casting, underground Star Wars spies report that Harrison Ford agreed on a deal this week, and Mark Hammel will be meeting up with Lucasfilm higher-ups next week. HEY. Don’t shrug this conjecture off, Chazington. Many Bothans died to bring us this information…

Speaking of sci-fi and J.J. Abrams, you remember that other little project he has going on, don’t you? “The Star Trek sequel, I almost forgot!” cried Jimmy, showering soiree aficionados with his half-swallowed cola. Well this week, Abrams confirmed the film’s bad guys to be…(drumroll)…Klingons! Wait, that means…

(To speculate more, check out the reasons the main villain will be Khan, Gary Mitchell, or a secret villain you never saw coming in my investigative Star Trek story.)

In breaking-now-and-I’m-FURIOUS news, Megan Fox has been cast as April O’Neil in Michael Bay’s live action Ninja Turtles movie, due out in 2014. Michael Bay, I still had a shred of respect for you. Armageddon was fun, Pearl Harbor was a spectacle and I secretly enjoyed Transformers: Dark of the Moon. But now you are officially my enemy. First you take out the “teenage mutant” of “teenage mutant ninja turtles” and turned them into aliens, which COMPLETELY DESTROYS the entire theme of the series (a teenage generation mutated by the backwash and waste of the generation in power). But then you cast Megan Fox, aka the prettiest worst actress ever, to play the ONLY FEMALE LEAD as the strong, smart and sassy April O’Neil. Dumb. Stupid. Idiotic. Absurd. Daft. Moronic. Foolish. Half-witted. Dim-witted. No-witted. If these criticisms are foreign to you, Mr. Bay, just read a review (the first paragraph should suffice) from any movie you’ve ever made.

Finally, because they haven’t made enough Fast and Furious movies yet (RIGHT?!), here’s a poster for Fast 6, the next installment to the Paul Walker/Vin Diesel franchise. But that’s nothing and just an excuse to transition into a video of Vin Diesel singing Rihanna’s “Stay.” Sing it, bro :’)

The TV section of this week’s roundup is spoiler-happy with trailers for the new Bates Motel and Hannibal television shows. Bates Motel is brought to you by Lost executive producer Carlton Cuse and Friday Night Lights alum Kerry Ehrin, while Hannibal is directed by David Slade (30 Days of Night, Hard Candy) and stars the stellar Mads Mikkelsen (Casino Royale, Valhalla Rising) as the infamous Dr. Lecter. Both look promising, and both look streets ahead of Kevin Bacon’s The Following.

Need a quick Arrested Development fix before moving on to the next section? Of course you do. Two new guest stars (small spoiler alert) Seth Rogen and Kristen Wiig are confirmed for Season 4, and Wiig will be playing a young Lucille Bluth! There’s always guest stars in the banana stand…?

In preparation for the release of his new album The 20/20 Experience in March, Justin Timberlake is scheduled to host Saturday Night Live for the fifth time on March 9th. You know what to expect here, and that’s alright, because Justin Timberlake is actually talented and funny. But bringing back Andy Samberg to help wouldn’t hurt…

Trent Reznor is as busy as JT. How to Destroy Angels will be going on tour this Spring, he’s launching the new music streaming site “Beats” with Dr. Dre this summer, and he’s in the middle of planning the next (finally!) Nine Inch Nails album, due out in 2014.

Ted Nugent, in the most hilarious display of irony since Alanis Morissette’s hit, has decided to name his upcoming tour “Black Power 2013.” I’m sorry. I can’t…I just can’t. It’s too much.

In unrelated news, Lady Gaga had to cancel her Born This Way Ball tour after tearing her right hip. She just had surgery to repair it. She’s thankful to fans.

Huge, bombastic things happened. The Sony PS4 was announced in an enormous press conference this past Wednesday. Quick rumors to clear up: you’ll still be able to play rented/borrowed games, it has a new controller, it integrates with PS Vita, it has mind-blowing power and capabilities, it will stream you social media life, and it’s launch titles will look like this (see below). 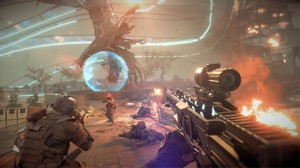 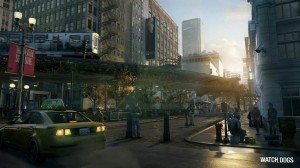 Just as insanely huge is Bungie’s reveal of their next cross-platform game, Destiny. All I’m going to say is this “shared world shooter” is going to change the future of gaming. Trust me. Or, you know, don’t and read it for yourself. 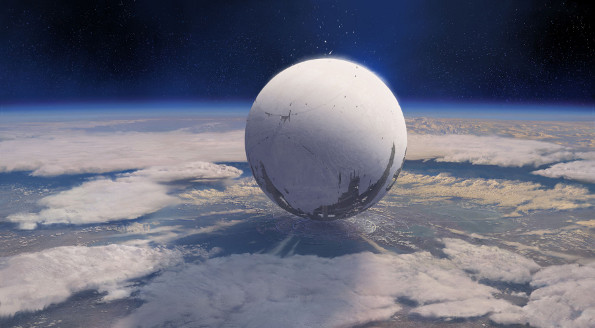 SlimFast. You start drinking it slow and think, “Hey, this doesn’t taste half bad!” Soon you find yourself taking less and less time, chugging faster and faster, wanting it to end more and more the longer it lasts. But once you’re finished, your tummy is satisfied. For about ten minutes.

Whatever, get out of here and go eat something. 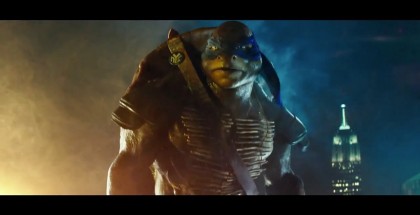