I was going to open this article as I normally do, rife with raucous wordplay, comedic puns and a thematic undertone that riddles its way throughout the article. “Outrageous!” you declare. “I now, as a dedicated reader who exists, feel cheated! Why?!” Well, frankly, because Roger Ebert died. That’s why. Happy? Of course you’re not.

Roger Ebert was the godfather of cultural review. Never before has a film critic become so synonymous with quality and critique. Two days ago, the still working 70 year-old found out his cancer had returned. One his popular blog, rogerebert.com, Ebert notified the world he would be taking a leave of “presence,” adding, “It means I am not going anywhere…I’ll be able at least to do what I’ve always fantasized about doing — reviewing only movies I want to review.”

The Chicago Tribune rightly summarized him as “a film critic with the soul of a poet,” but he was so much more than that. Roger Ebert legitimized media critique to an extent that has reached the very article you read now. He set the foundation for mediated interpretation and analysis for the general public. The seeds he sowed made it possible for the forest of comedic, intellectual, melodramatic, self-indulgent and informal reviewers to blossom on the web today.

The king is dead, long live the king.

Now I have you all somber and depressed, how about some pop culture happenings to wash the taste of mortality out of your mouth? In the tradition of Roger Ebert, here is the best of the best from this week. Quality, I assure thee.

The Best Of The Week

First and foremost, Game of Thrones premiered last Sunday to record ratings of over 6 million viewers. On the heels of this success, HBO has officially renewed Game of Thrones through Season 4, or for book fans, the second half of Storm of Swords. In case you’ve forgotten, Game of Thrones is on a channel you have to pay $15 a month to watch, which makes these kinds of ratings staggering. Staggering, but well deserved. Slightly less staggering is the public’s desire to watch without paying, as Game of Thrones also broke records in piracy. Season 3’s premiere episode was pirated over a million times in 24 hours. So, in case you’re still wondering, yes, you should be watching this show. It is known.

Next up on the quality express is Mad Men, which returns this Sunday on AMC. In my opinion, Mad Men is the best show on television, and by skipping it you’re skipping out on pure, unadulterated art.

On the comedy side of stupendous, the reigning champion of awesomeness, Arrested Development, has finally been given an air date. On May 26, 2013, be prepared to sift through all 15(!) episodes of Bluth family hilarity. Then, on May 27, 2013, be prepared to do it all over again and enjoy all the subtle jokes you missed the first go-around. Rinse and repeat until the rumored movie capstones the miracle that is an Arrested Development resurgence.

April Fools Day happened to fall on this most auspicious of weeks, and as such, here are the best of the best in online pranks (check out our own here).

1. Netflix. The streaming service changed their movie suggestions to some of the strangest and funniest categories imaginable. 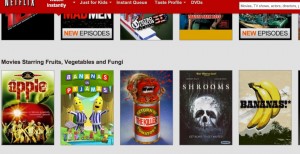 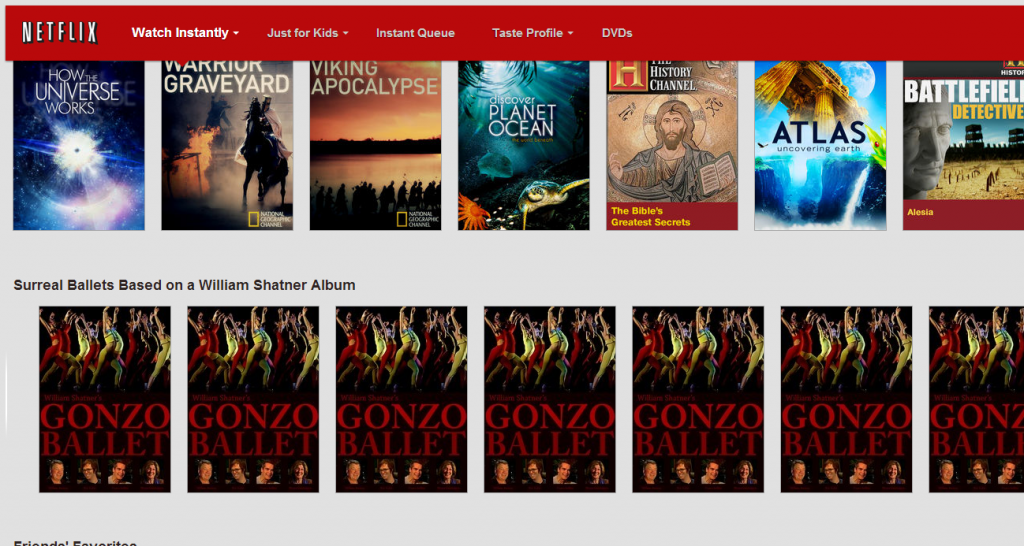 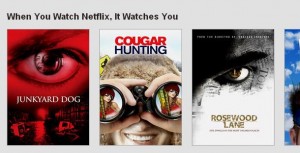 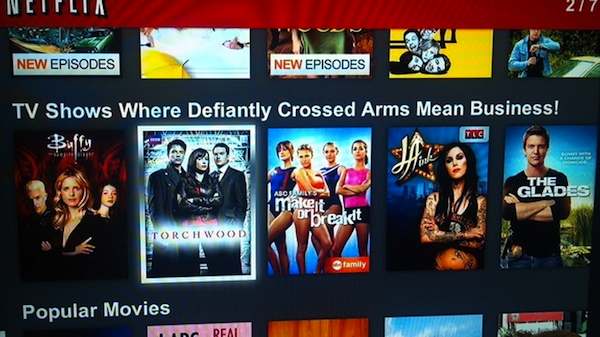 2. This Is The End. Seth Rogan’s newest comedy This Is The End disguised itself in a fake Pinapple Express 2 trailer. The real Easter Egg here is the linked real trailer, and if it’s anything to go by, means This Is The End is going to be as funny as it is meta.

3. iPlay. Rumors of Apple entering the video game industry have been buzzing for years, and the folks at IGN decided to capitalize by making us realize how much we need Angry Birds: The Fast and The Furious.

Ever watch late night television and wonder why Jimmy Fallon is so good and gets stuck performing so late while Jay Leno is so bad and gets the primetime slot? Well apparently NBC executives decided to actually watch their programming for the first time since 1994, and being humans with eyes, they were compelled to agree. This week, it was decided that Jimmy Fallon will be taking over The Tonight Show. Here’s hoping they don’t renege on him as quickly as they did with Conan.

Last but not least, I can’t resist mentioning the recently announced a Finding Nemo sequel starring Ellen Degeneres’ character, Dory. I am far more apprehensive then hopeful, but since Finding Nemo was so fantastic, I can’t help posting it as a “best.” Now if only Pixar would step up their game and make Incredibles 2… 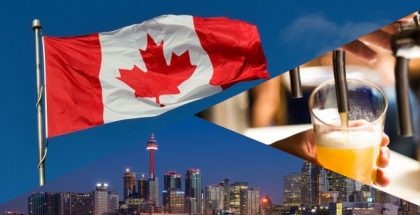