Why do the richest always do the stupidest things?

Professional athletes have more disposable income than they know what to do with and spend millions of dollars on frivolous items all the time. However, when it comes time to spend just a few dollars on something as simple as a car service or taxicab after a night of drinking, too often it seems they make the wrong decision.

We need to stop drunk driving – not just in athletes but with everyone. But it wouldn’t be a bad idea to start making examples of drunk drivers that are in the spotlight and looked to as role models.

In 2010 10,228 people were killed due to drunk driving and almost 350,000 injured according to M.A.D.D. Those numbers are astounding and scary for any driver on the road today.

In 2012, there were 22 athletes in the four professional sports arrested for drunk driving according to Sporting News. With 15 of those coming from the NFL clearly that’s a league with a problem it needs to fix. But can the NFL do much more than they already have?

The league does offer a 24-7 car service that players can call with a phone number and get picked up and taken anywhere they need. The price varies from $85-90/hour based on sources I’ve seen making it extremely affordable and the safest option.

No other league has such a service, however, athletes have access to the same options all normal citizens have – taxicabs, limos, car services and friends. There should never be drunk driving.

Perhaps the saddest incident occurred in December 2012 when Cowboys player Josh Brent was drunk driving and crashed killing Jerry Brown, another Cowboy player who was a passenger in the car. Brent was charged with intoxication manslaughter but this incident could have easily been prevented.

Not only could the men had used the NFL car service, the Cowboys have a car service that is for the team only that the players decided not to use that night. That’s one death that should have been prevented.

Why aren’t players in the NFL using this car service to help them get home at night? Many say it’s an issue of trust. The players say the cars are bugged with listening devices for the league/team to spy on them or that the drivers will sell information of who they pick up to the media.

These are just excuses – excuses that can easily be dealt with. Get drivers hired by the league directly and make the cars a safe-zone that athletes can feel comfortable in. And worse comes to worse, it shouldn’t be a problem that an athlete gets drunk. The problem starts when they get behind the wheel of a car.

The NFL also needs to start instituting new penalties for players who get arrested for drunk driving. They have one of the best drug programs of any of the major sports and need to institute a zero tolerance program for drunk driving. It gets talked about in the news every time a player is arrested yet nothing gets done. This is a problem that needs proactive fixing and not reactive. When the incident that happens that finally spurs the league to do something I don’t want to know how many lives would have been lost.

It should also be disconcerting to the NFL how many of their younger players are getting arrested for drunk driving. In 2012 Nick Fairley of the Lions was arrested for driving 100 mph while drunk and the Jaguars’ Justin Blackmon was picked up for his second DUI in two years. If they are starting young you can only assume it will get worse as these players make more money and increase their fame.

Drunk driving is scary because innocent people are affected when a drunk driving hits the road. While athletes are just a small piece of the problem, we can look to them to start being better role models and knowing when to keep the keys in the pocket and hail a cab.

Professional athletes get into all kinds of trouble unfortunately but it’s these easy situations that the leagues need to work on to keep their players out of the news and on the field.

Is This The Name of a Kentucky Derby Horse OR an Indie Band? 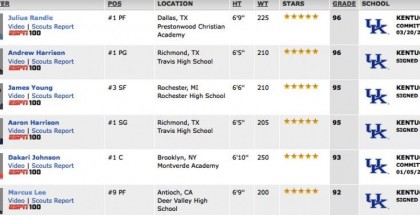