Sons of Anarchy has a return date

SOA will return for its final season on September 9th.  Kurt Sutter has revealed how many SAMCRO members will bite the dust in their final run.  I personally don’t want to know, but if you don’t care about spoilers, you can read all about it here.  So while I’m trying to avoid any spoilers, I’ll just look at this wicked season art they released: 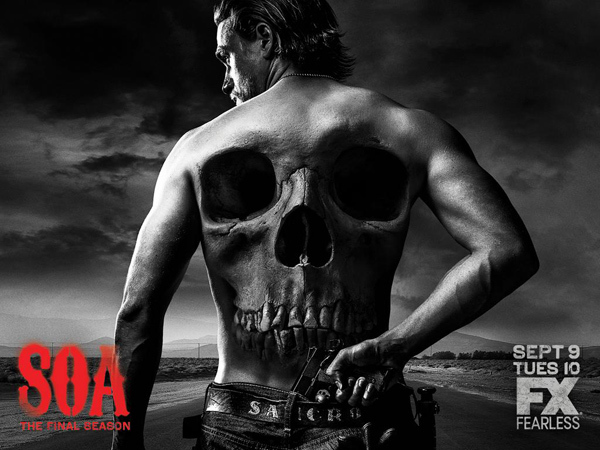 Fall TV season is already upon us

The PorchDrinking Pop Culture team will be doing out annual review, but in the meantime you can watch 2 pilots that have already been released online- A to Z and Selfie.  They are both available on Hulu.  And so we’re clear, I say this more as an FYI and not a recommendation.  Please don’t blame me if you watch them.  Seriously.

And by ‘it,’ I mean fill me with rage. If you haven’t heard her new song “Shake it Off” or watched the video yet, here you go but also I’m sorry.

So I have 2 basic problems with this video. 1. The theme of the song.  Yes, poor poor Taylor Swift.  You have haters.  You get written about in the tabloids (though…do you?).  You really suffer for your art.  But you know what else?  You have piles and piles of money.  You have millions upon millions of twitter followers whose devotion to you rivals…I don’t know- things other people are really devoted to.  You sell out arenas.  People weep with joy when they meet you. So yes, people talk about you. But that comes with being famous.  But you know what they don’t say about you?  That you stay out too late.  Or that you don’t have a brain.  Or that you can’t make a man stay (they do however say that you should probably stop dating douchebags).  3/4 of your claims are false, Taylor.  Three. out. of. four.

2. The theme of the video.  Look at you! You can’t dance either!  You’re just like us!  Look at you being quirky and weird and fun!  But you aren’t just like us, Taylor.  You know how I know?  I know, because this is what you look like when you leave the gym: 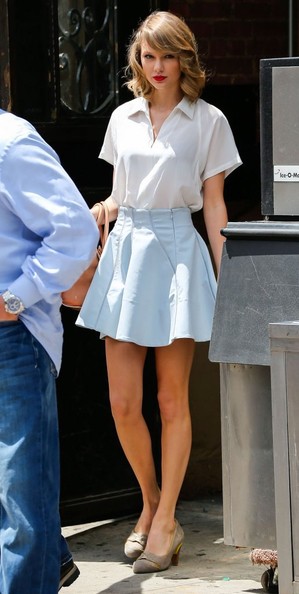 You know what I look like when leaving the gym? Garbage.  I look like garbage because in that moment I am a hot, sweaty garbage person.  I look like a human being after the gym and you put on lipstick and heels because, as is the case with everything you do, you are trying too hard.  Just be a real person, Taylor.  Not this weird, calculated version of what you think we want you to be.

I’m not even going to say anything about the rapping.

Come hang out with the pop culture team on Monday at 8:00est for all our in-the-moment thoughts on the Emmys! 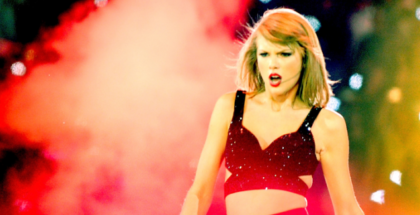 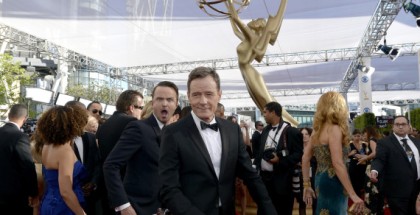