Beer Celebrities To Look For At The Great American Beer Fest

The Great American Beer Festival is the perfect opportunity for beer geeks, like yours truly, to rub elbows with the best in the craft beer industry. And while you may be a bit blown away when spotting some of these industry titans, please refrain from actually rubbing their elbows. That’s awkward.

Most of these iconic brewers will be manning their booths, and we’ve gotten confirmation that two musical legends (the Hanson Brothers are totally legends, right?) will be at the festival.

Jim Koch (pronounced “cook”) is one of the founding fathers of America’s craft beer revolution. He founded Boston Beer Company in 1984 and grew it into the largest craft brewery in America with the help of Boston Lager. You’ve probably seen him in Sam Adams commercials or perhaps you’ve recognized him as that guy who claims to stave off intoxication by consuming yeast prior to drinking beer. Why anyone would want to do that eludes us all.

No relation to Jim Koch, the magnificently bearded Greg Koch (again, “cook”) along with Steve Wagner founded Stone Brewing Company in 1996, which focuses on quality west-coast style beers. Their hop-heavy and high-ABV brews include Arrogant Bastard and the always-changing, hard-to-find Enjoy By IPA series. Greg is kind of like the Willy Wonka of the beer world, extremely eccentric, somewhat maniacal, entirely brilliant.

Sam founded Dogfish Head in 1995. He and the brewery have recently been featured on Discovery Channel’s Brew Masters and the documentary Beer Wars. Sam is the mad scientist behind the unique beers DogFish Head makes, including Sah’tea, Midas Touch, World Wide Stout and the 60, 61, 75, 90 and 120 Minute IPAs. He’s also the reason your wives may wander off during the festival. Look, the dude’s a dreamboat and he makes killer beer. Shit, Sam’s my celebrity hall pass.

Adam has been brewing professionally since Avery opened in 1993. Although Avery has always been aggressive with the beers they make, it has matured even further in its brewing operations and now hosts one of the best barrel systems in the country (and maybe the world). If you visit Avery’s booth, you might be lucky enough to meet Adam’s dad Larry, who is one of the nicest people I have ever met.

@paulgatzashair, Director of The Brewers Association

Paul Gatza is the Director of The Brewers Association, the organization that puts on each year’s Great American Beer Festival. He also serves on the Brewpubs, Technical, Communications, Market Development, PR & Marketing and Government Affairs committees, basically every committee. But most importantly he rocks the most kick ass mullet this side of the Mississippi.

Kim co-founded New Belgium Brewing Company in 1992, which has since grown into one of the largest craft breweries in America. Besides brewing amazing beer, New Belgium hosts its annual Tour de Fat bicycle and beer festival. Collectively Kim Jordan, Lauren Salazar and Peter Bouckaert make up the Tom Glavine, Greg Maddux and John Smoltz of craft beer. You’ll hear more about the latter to later in this post.

@GarrettOliver, Brewmaster at The Brooklyn Brewery

Garrett is one of the leading authorities in the craft beer world. Beyond his job as brewmaster at Brooklyn Brewery, he is editor-in-chief of The Oxford Companion to Beer and author of The Brewmaster’s Table. Garrett has been brewing professionally since 1989, joining Brooklyn Brewery in 1994. Garret will likely be the best dressed in the industry and if he’s rockin the corn cob cap you know he’s firing on all cylinders.

If you enjoy going to Great American Beer Festival, Charlie is the guy to thank. He founded GABF, the American Homebrewer’s Association, and the Association of Brewers. Additionally, Charlie wrote The Complete Joy of Homebrewing, which is the bible of homebrewing for beginners and experts alike. He’s the Godfather of craft beer and this year we’re celebrating the 36th anniversary of this amazing festival. When you see him, extend a big congrats and just don’t forget he prefers fist bumps over handshakes.

John Hickenlooper is much more than just a Colorado politician (he was Denver’s mayor and is currently Colorado’s Governor). John, along with a group of friends, founded Wynkoop Brewing Company in 1988. During a recent trip to Colorado, President Obama played pool and enjoyed Wynkoop beers with the governor at Wynkoop’s downtown location.

Julia Herz is many things, part marketing manager, advocate and educator, but most of all she’s a trailblazer. One the industry’s greatest ambassadors, Herz has spent almost the entirety of her adult life around beer and she has been paving the way for better legislation, better understanding of the craft, and an easier barrier of entry for female brewers and enthusiasts. Julia is a badass and she’ll drop some serious knowledge so seek her out.

Dick was one of the pioneers of craft beer in Seattle, opening Elysian in 1995 with two of his friends. Under Dick’s watch, Elysian expanded it’s beer list, including a great collection of pumpkin ales in the fall, even earned Large Brewpub of the Year at GABF 3 times. Dick resigned from Elysian after the AB buyout. Dick has also authored multiple books on craft beer.

If you have ever had the pleasure of trying Pliny the Elder or Pliny the Younger, you need to thank Vinnie. Vinnie and Natalie are quite the craft beer power couple. They have won multiple awards, both individually and as a brewery. Vinnie is always willing to talk with brewers and share anything he knows.

Ken has been homebrewing since 1970 and co-founded Sierra Nevada in 1980. Sierra Nevada focuses not only on making quality beers, but also being an environmentally sustainable business. Ken was one of the brilliant minds behind Sierra Nevada’s crazy collaboration series earlier this year, Beer Camp.

Lauren is in charge of New Belgium’s sour program, which includes La Folie and Le Terroir. Lauren is also a sensory specialist at New Belgium and is regarded as one of the best tasters and judges of beer in the world.

Adam and David brewed their first beer together in 1996 and have continued making incredible beers ever since. Firestone Walker has received numerous awards, including a record 4 Mid Size Brewery of the Year awards at World Beer Cup.

Tomme Arthur is one of the brightest minds in American brewing and has been a leader in the surge of sours. He’s been behind some of the best brews made by Port Brewing, Lost Abbey and Pizza Port for almost 20 years. Tomme is extremely insightful and brings a ton of energy when talking about craft beer.

The band of brothers most famous for their 1997 song MMMBop somehow beat all breweries to the punch to create the pun-tastically named beer MMMHop, in conjunction with Mustang Brewing. There have been some skeptics of their beer solely based on their hatred of Hanson’s addictive lone hit single, but the brothers have continually won over the haters with their 7% Pale Ale. 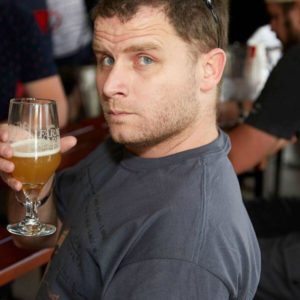 If you’re drinking beer somewhere in Colorado it’s likely that Kevin Harris is there as well. The man is one of three or so who have visited every brewery in the state, and yet he’s managed to pop up just about everywhere. Snap a pick if you catch the not-so-elusive Kevin Harris in the wild. 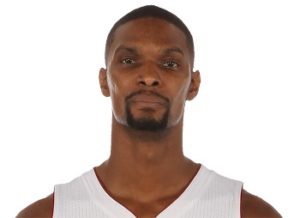 Chris Bosh is more than just a, 11-time All Star and 2 time NBA champion. The 6-11 NBA star is also a homebrewer and beer connoisseur. Bosh has even brewed with Sam Calagione in the web series That’s Odd…Let’s Drink It, where they created a BBQ-inspired ale. If he is at the Festival, Bosh’s height and personality will be hard to miss.

Dr. Bill, as he is often known, is one of the most respected minds in the craft beer world. Dr. Bill is a beer connoisseur, certified Cicerone, collector and ambassador for the entire craft beer industry.

Zane burst into the travelogue scene in 2006 with his drinking travel show 3 Sheets. Zane is also a comedian, podcast host and owner of a spirits company. Most importantly, Zane is always up for a drink and a good adventure. His upcoming show Chug is coming to NatGeo this fall.

Kyle Clark gained national notoriety back in 2013 with his on-air stand against snow-covered patio furniture. He’s been a Denver staple on 9News since 2007, but his love of homebrewing and craft beer may not be known to most of his viewers. He showed his skills for the suds by participating in this year’s GABF Fantasy Draft. I am pretty sure Kyle is making an effort to be my best friend by sharing his passion for the Denver beer scene and his witty sense of humor on Twitter.

Matt has overseen the brewing at Firestone Walker since 2001 and been a key figure in their most amazing beers. Matt has been quenching his thirst of brewing incredible beers for more than 20 years and luckily for us, it seems like that passion won’t burn out any time soon. The entire Firestone Walker team is incredibly talented, but Matt’s star shines brighter than most. 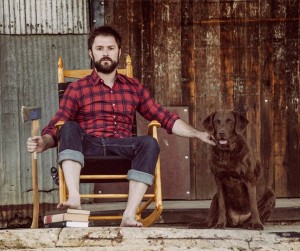 Denver’s own Adam Cayton-Holland currently stars in the TruTv show Those Who Can’t, which just premiered season 2. Adam loves his craft beer and has been a part of multiple beer-focused events around town.

There is really only two things you need to know about Nick. 1) His brewery TRVE makes awesome beer and 2) Nick Nunns loves hugs. If you see him at around during the week of GABF, run up and give him a bear hug.

The Ultimate Guide to Stepping Up Your Pretzel Necklace Game... October 6, 2016 | Josh Ritenour