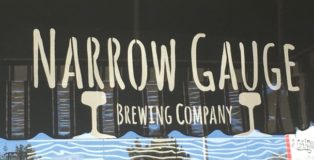 If there is one thing in the world of craft beer that is consistent, it is that every brewery has a unique story worth telling. The story of one of St. Louis’ newest breweries, Narrow Gauge, begins 136 years ago. Back in 1878 when railroads ruled the land, rails known as “narrow gauge” were built to minimize construction costs. In that year, the St. Louis and Suburban Railway opened as a narrow gauge steam railroad from the city to Florissant and was called the West End Narrow Gauge Railroad. Today, Florissant based Narrow Gauge Brewing Company pays tribute to this history and the city they call home. END_OF_DOCUMENT_TOKEN_TO_BE_REPLACED