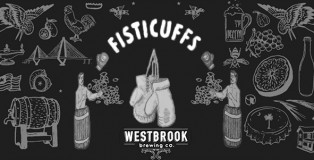 Westbrook Brewing Company may not be the biggest, but they are one of the best breweries in South Carolina. This past January, RateBeer.com released their list of “Top Beers, Brewers, New Brewers By Subregion,” which listed Westbrook as Best Brewery in South Carolina, again. So, would you expect anything less than Fisticuffs from the Charleston, SC based brewery? I would say, not! END_OF_DOCUMENT_TOKEN_TO_BE_REPLACED