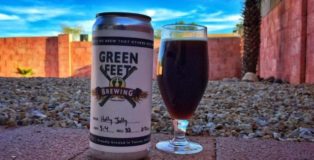 Now that the holidays have come and gone, I’m sure many of us can look back and reminisce about some amazing food and beers we had. One of the beers that was the highlight of my holiday beer drinking, was Holly Jolly (AKA Christmas in a glass) from Green Feet Brewing Company. Green Feet has been open since the spring of 2016, so 2017 was Green Feet’s second time around brewing Holly Jolly. They somehow managed to up the ante from the 2016 batch, which was the best pecan beer I had tried.
END_OF_DOCUMENT_TOKEN_TO_BE_REPLACED