in the flesh Archives – PorchDrinking.com 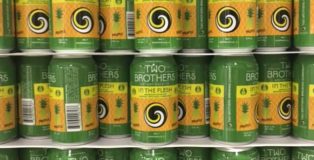