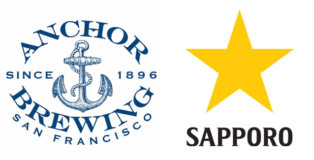 Sapporo Holdings Ltd, owners of the oldest beer brand in Japan, have announced they will purchase all equity interest of San Francisco’s Anchor Brewing Company on August 31, 2017 for $85 Million. The Sapporo Group’s decision to buy Anchor is based on a new “Global Business Expansion” policy to continue growth in the US and Southeast Asian markets. This is the second brewery acquired by Sapporo since the $400 million deal for Canada’s Sleeman Breweries in 2006.