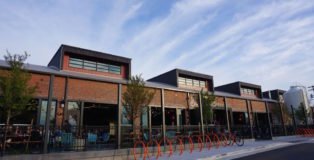 Walk into nearly any bar in American and you’ll likely spot a beer served with an orange slice. Immediately Blue Moon Belgian White comes to mind. First brewed by Keith Villa at the Sandlot Brewery attached to Coors Field in 1995, Blue Moon Belgian White was originally called Bellyside Belgian White and bars served it with lemon. Things have changed over the years and I met up with Villa at the Great American Beer Fest to talk with him about his brewing background, the history and growth of Blue Moon as well as his thoughts on the craft beer industry.