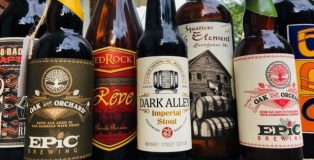 Let’s face it, when you are planning a vacation around beer, Utah isn’t usually at the top of the list. The liquor laws that dictate ABV and where you can consume may deter serious beer drinkers before even firing up an Airbnb search. However, Utah beer has a character of its own, a character that is both quiet and formidable all at once: A sleeping bear that is slow to wake but indomitable when angered. As such, let’s dispel some of the myths surrounding Utah’s beer culture. END_OF_DOCUMENT_TOKEN_TO_BE_REPLACED