The Future of The Unknown Brewing Co. and Their New Head Brewer

Last month, The Unknown Brewing Co. announced Chris Wertman is stepping up and taking the helm from brewery owner Brad Shell as the brewery’s new head brewer. Wertman, a U.S. Navy veteran who served two tours in Iraq, is no stranger to leadership roles, demanding workloads and challenging jobs. Through sheer initiative, drive and discipline, Wertman has fast-tracked himself from keg washer to The Unknown Brewing Co.’s second head brewer in less than a year.

END_OF_DOCUMENT_TOKEN_TO_BE_REPLACED 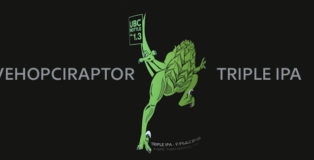