Is the concept of time still a thing? How on earth is it already September? September means we’re in the fourth quarter of 2020. Let’s hope humanity can hit the buzzer beater and roll into 2021 with the win. Until then, here’s What We’re Drinking. END_OF_DOCUMENT_TOKEN_TO_BE_REPLACED 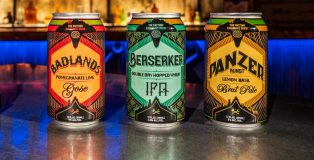