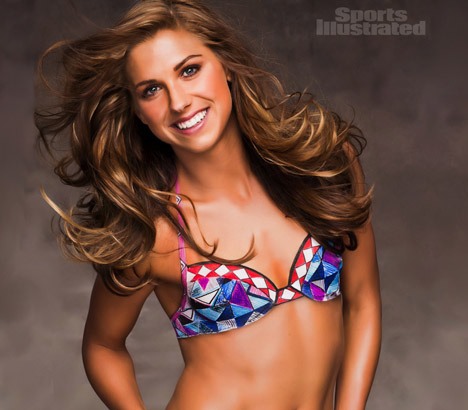 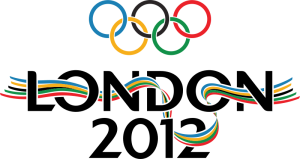 Tristan: I love the Olympics, not as much as my friend Jessica from high school… she LOVES the Olympics, so much so that she and her roommate Hannah had an Olympic themed beer party with beers indigenous to each country during the last Olympics (I smell an upcoming post).  But there is something magical about countries coming together as a symbol of unity and athletes competing for the pride of their home nations.  I love the human interest pieces, I love the different national anthems, I love hearing NBC’s symphonic Olympic intro music, and I love Bob Costas’ smug ass grin.  So with that I threw the topic of the Olympics to the PorchDrinking staff to see if I was the only one as crazy about this summer’s upcoming event.  Clearly I am not… U-S-A, U-S-A, U-S-A!

Scott: The addition of “The Brow” (Anthony Davis) to Team USA basketball definitely makes it more likely I’ll at least watch a few basketball games, but I’ve lost interest in the NBA so damn much in the past 10 years or so.
I’m going to make a genuine effort to watch more soccer this year – who wants to wake up super early and go to a British pub with me?
Ryan Hall is probably the best chance for the U.S. to actually do well in the marathon in God knows how many years, so I’m probably looking forward to watching that event most. I’ll probably watch any men’s distance event.
Also, Lolo Jones.
Adam: Evan Mother Fucking Jager (bomb).  He runs the men’s steeplechase.  Last week, in his 5th ever steeple chase race and first ever international race, he broke the US Men’s record by 2 seconds.  He currently has the 8th fastest time in the world (behind all the runners from Kenya/Ethiopia) and the 4th fastest time at the Olympics (.65 seconds behind 3rd place).  Did I mention he grew up the next town over and I used to run against him in high school all the time?  One of my friends actually beat him.  Once.
Drew: There is not nearly enough hype around the US badminton team. Howard Bach, Tony Gunawanan, and Rena Wang will represent our nation in London. Go US badminton! Rock out with our shuttlecocks out!
Mike: I’m not sure what it is about the Olympics, but I do know it’s the only time that I will be bothered to watch events like swimming, track and field, or gymnastics.  It’s not from any dominating sense of national pride, (although I do like to see USA athletes do well) instead I think it has something to do with following a dream and having years of hard work come down to one moment in time.  Obviously there are some financial benefits, advertising opportunities, etc that arise from being an Olympian, but for the most part, the men and women we are watching are competing because it’s something they truly love and have been willing to make serious sacrifices to pursue.  That probably also helps explains why I couldn’t care less about USA basketball.
Vic: I can remember when Greg Louganis hit his head in Seoul, Korea. That was weird. Then also when Michael Powell broke the long jump world record, 29′ 4.5″
Chase: My strongest and earliest Olympic memories are both from the ’96 Atlanta Games.  One was Michael Johnson dominating the 400 and 200 meters with his flashy gold shoes and very upright running style.  The second was Kerri Strug sticking the landing off the vault with an injured ankle, and then being scooped up and carried off by coach Bela Karolyi.
Drew:  I just remembered this. In 2008, George Bush went to the Beijing Olympics (this was toward the end of his presidency). He visited with a lot of the US athletes. When he went to go see Misty May Treanor and Kerri Walsh, our beach volleyball duo, they were being friendly and joke-y with him. And they told the president to smack them on the butt – a common occurrence between volleyball players to say “good job.” The president did this instead:
http://static.guim.co.uk/sys-images/Guardian/Pix/pictures/2008/08/11/0811_beachbush_460×276.jpg
As Jon Stewart said later on his show, “The President went for the back of his hand, the small of her back. Possibly the best judgment in his entire presidency.”
Nate: YES. THIS . That vault landing was one of the most epic things I have ever seen. Why isn’t there a movie about this? 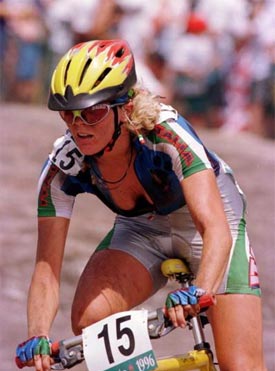 Mike: The 96 games also stand out to me, since I was a youngster just getting into Fat Tires (actual fat tires, not the beer) and that year marked the first time that mountain biking was an Olympic event.  The aspiring bike racer in me was excited to watch my two wheeled heroes pedal it out for the US, but the adolescent boy in me was excited to watch Paola Pezzo (who took the gold for Italy) unzip her jersey early on and let those fun bags fly free for the whole race.  The TV cameras agreed with me and didn’t let her out of their sight. My appreciation for Lycra peaked at that moment.
Tristan: On a different note what sports should be added to the summer Olympics?
Adam: Ultimate Frisbee… duh!
Kathleen: Corn hole
Scott: Tug of war
Drew: Mud wrestling
Vic: Anybody else have a HUGE crush on the US Women’s Soccer team?
Chris: US Women’s Soccer is a given. The real question is, Alex Morgan or Hope Solo?
Vic: Damn tough question, I’m going Alex Morgan but it’s 50/50. Go with 1 hot girl or the other hot girl. You know what wins gold medals? Hotness…
Mike: Hope Solo
Scott: Hope Solo, kind of easily. Bad-ass name, too.
Vic: Gentleman I submit this for thought: 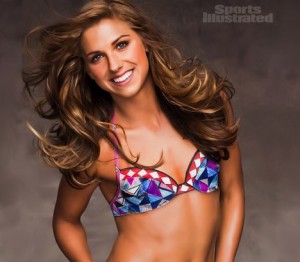 Drew: Hope Solo:  http://www.metacafe.com/watch/8795479/hope_solo_drunk_on_today_show/
Chris: Since we’ve taken this conversation to the submission of photo consideration, please feel free to educate yourselves on the following athletes:
Lolo Jones
Jessica Ennis
LERYN FRANCO
and USA favorite – Sophie Horn
Cheers.
Chase: Just between the US soccer girls, it’s Alex Morgan in a landslide for me. Also remember Hope Solo’s job is to stop people from scoring – that’s just not cool.  I bet she makes a great couch bed, though. Don’t you think Tristan?
Tristan: And on that note I think we’ve reached the end of our discussion… Enjoy the opening ceremonies, we’ll be back soon with more Olympic themed posts, for the record… Alex Morgan, and in summation Chase is an ass!
Tweet

Faking Adulthood | Preparing for Thanksgiving as a 20 Something... November 24, 2014 | Tristan Chan 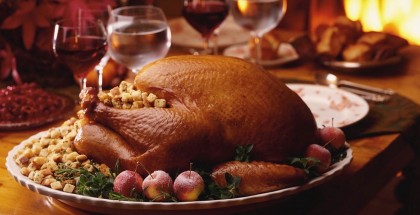 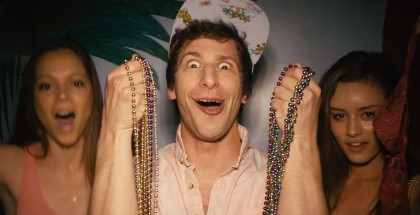