Thanksgiving is my second favorite holiday, ranking only slightly behind America Day (July 4). What makes these two holidays so great? Well they share several key elements that distinguish them from the rest of the pack; the general acceptance of consuming massive levels of food, celebrating the founding of this great country/continent (I like to think of Thanksgiving as the O.G. America Day), and beer… lots of beer. And what Thanksgiving lacks in fireworks, it makes up in turkey, pie and football. However, the combination of family, friends, and gluttony can always yield potentially volatile results, so I thought I’d help you navigate the somewhat treacherous aspects of this time honored holiday with five tips for preparing for Thanksgiving as a 20 something.

1. Beware… the engagements are nigh! 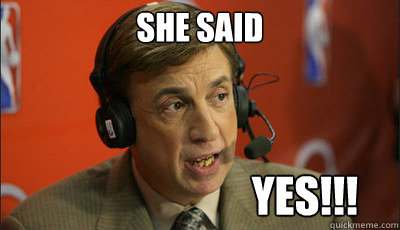 If it hasn’t already begun, rest assured, it’ll begin trickling in shortly, and by weeks end, it’ll become an epidemic. As summer is to wedding season, the period between Thanksgiving and Christmas marks the unofficial season when uninspired couples around the country flood to social media to announce that they “Get to spend the rest of their lives with their best friends” or “She said yes!” By the time New Years rolls around you’ll be begging for your newsfeed return to it’s regularly scheduled assortment of shitty Buzzfeed Quizzes or infographics about which states your friends have visited (seriously I dont give a fiddle that you found a reason to visit Idaho or any of the Dakotas).

As your friends take their pilgrimages (pun fully intended) to visit their baes (Im totally down with what the kids are saying these days) families, they’ll finally get a chance to ask for their hands in marriage, and you better believe the first thing they do is blast that shit out to everyone they know. So if you want to avoid that nagging reminder that you’re still single, perhaps avoid Facebook, definitely keep away from Instagram, hell I bet Snapchat isn’t even sacred territory this year (seriously if I get a classy Snapchat of someone proposing, I will return snap me taking a big stinky dump). 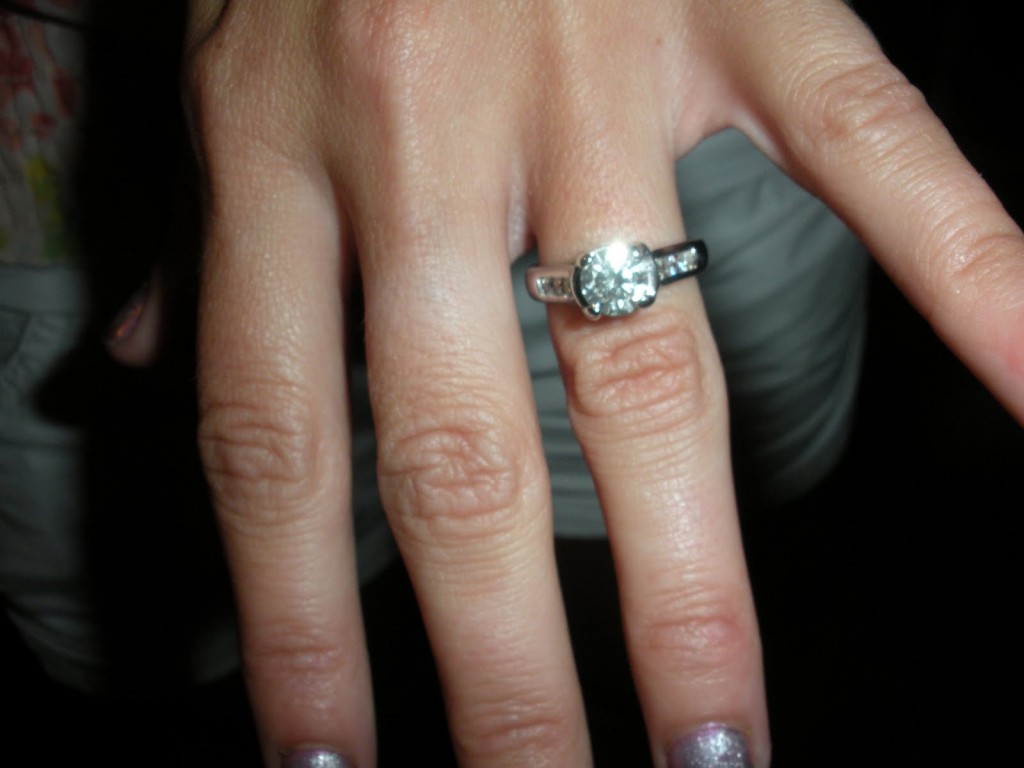 However we promise that PorchDrinking.com is an engagement free zone! No, dumb pictures of your friends hands with a big dumb ring on it, no “She said yes”, no “He went to Jared” or for those in the 303, we are NOT your friend in the diamond business. Feel free to fuel your digital needs by reading about beer, pop culture, snark, and updates on how fat we got from eating turdurkens and downing Frambozens. Hell we may even turn this into a drinking game cuz apparently that’s what we do best. In fact, why don’t you and your single friends just get together and have a fantasy draft for which of your predictable couple-y friends pop the question this season. Loser pays for the winner’s flight to the next wedding, or perhaps a bottle of Rumpkin to drown out the sadness.

Everything we do during Thanksgiving is working towards allowing yourself to eat as much as possible later that afternoon/evening. That means you should commit to running a turkey trot, organize a Turkey Bowl game, and without question stretch before you eat. There’s nothing more embarrassing than getting cramps before hitting the green bean casserole.

As I mentioned before, Thanksgiving when done properly is a glorious occasion, add family and booze to the mix, and things can get a bit wonky. So why not eliminate the wildcard in the equation and just kick it with friends? In fact, apparently Friendsgivings have become so popular that it’s become common practice to hold Friendsgivings before the actual holiday (seriously by the time youve read this I’ll already have attended three of them) ((there can never be too much turkey)).

Friendsgivings are great, but lets lay down a few ground rules so as to not ruin a great thing. 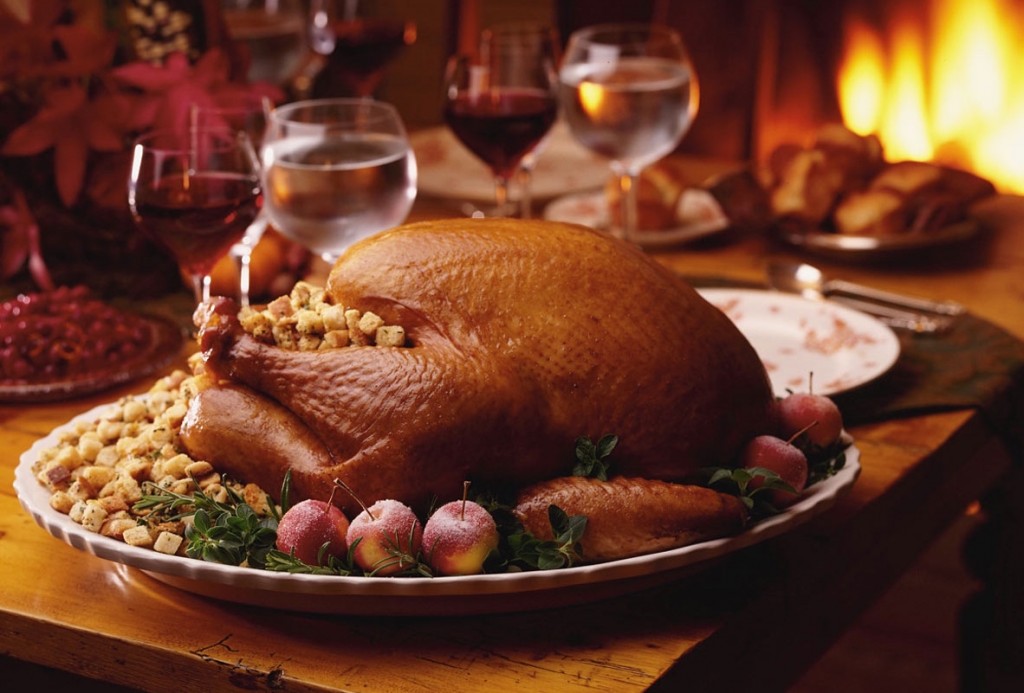 A) If you want to host a Friendsgiving, you should plan to provide the turkey. Turkey is sacred ground. Do not be that guy/gal who suddenly decides to host a vegan Thanksgiving because you’re really too cheap/lazy to cook a turkey. I will not eat your tofurkey. Do not try to pawn the turkey off to someone else. For a turkey to be done properly, it should be golden and crispy on the outside, properly brined days before so as to be juicy and flavorful inside, depending on style, it might also contain two other types of meat crammed in it’s nether cavities, and it should be piping hot out the oven, having cooled for about 10-15 minutes. All of that cannot happen if you’re having your friends transport the massive bird across town. The only exceptions are if there happens to be a friend in your group who takes turkey prep as seriously as I do, they live within a 2 mile radius of the party, and they insist on serving the best damn turkey the world will ever behold. Then and only then, can you shirk bird responsibilities.

B) If you’re an attendee, you have just as great a responsibility on providing quality sides. To put it in baseball terms, (because let’s be real, I’m mostly talking to the guys out there who think bringing a loaf of bread or a can of green beans will be adequate) the turkey is the starting pitcher. However, as we all know, you can’t win a game without a quality stable of relief pitchers. In this metaphor, we’re talking about mashed taters, sweet potatoes, green bean casserole, stuffing, gravy, cranberry sauce, sweet corn casserole, pumpkin pie, and calling in the closer, great craft beer.

If you don’t feel comfortable around the kitchen, I’ve got a full proof recipe that’ll wow any Friendsgiving you attend, just make sure you allow an hour and a half to prepare. Here’s what you need:

First, get a large pot of water boiling and add two table spoons of salt. While the pot warms, cut all of the potatoes up into cubes the size of a dice or smaller.

Let the potatoes boil for 1 hour then drain.

During the last five minutes get a sauce pan or smaller pot and heat the heavy whipping cream and the stick and a half of butter.

Once you’ve drained the water from the potatoes add the potatoes to a Cuisinart or blender or if all else fails use a bowl and a potato masher.

Combine the butter/cream mixture with the potatoes, add a healthy amount of garlic powder, oregano, thyme, salt and pepper and whip the potatoes. Adjust spices based on taste.

Don’t just show up to Friendsgiving with a sixer of silver bullets. We live in an era where bringing a bomber of nice beer is not just socially acceptable, in some parts of the country, it’s expected. Later this week we’ll have a guide out for sure fire Thanksgiving beers that will impress. For the time being I’ll offer this. You can never go wrong bringing a Belgian Wit/White IPA to start with, a crisp Golden Ale to follow up with, then a Sour or Saison of your liking, a well balance Raspberry Brown or Pumpkin beer for the main course, a rich, sweet Chocolate Stout for dessert and a fruited lambic or kriek to round it all out. Follow the formula, 60% of the time it works every time.

As Squanto himself passed down from the very first Friendsgiving, the spirit of gathering amongst your pals also means welcoming those who you may not already know. Sure those soon-to-be-friends may later end up capturing you and selling you off into slavery but the likelihood of that happening is very slim. This is not a time of exclusivity. If the Karen in your group is without a home for the holiday, be the better person and extend an invite, because who knows, maybe she also invites that random hot girl/guy who matched with on Tinder but have been too much of a puss to actually message.

Black Friday is the living embodiment of the Walking Dead / Hunger Games. It turns normal well-to-do suburban white people into raging lunatics over a $10 markdown on dvds, video game systems and household appliances. Don’t go! Don’t go stand in line for ours hoping to box out a grandma for some dumb toy you can buy online. Just don’t go. You’re still nursing a hangover, or hell you may still be drunk from downing Hunahpu and tryptophan. Don’t go. It’s cold out, Buffalo is still trying to thaw out of their polar vortex, and football is on. JUST DON’T GO. But if you do go, go with friends, leave with friends… and go for Goose Island’s Bourbon County Stout.

The only thing worth venturing out for this Friday is beer, and Goose Island given beer fans a formidable cause. Every year the Chicago based brewery releases it’s various iterations of Bourbon County stout, a big boozy bourbon barrel aged stout to it’s various markets the day after Thanksgiving. This year’s spinoffs include, Coffee, Barleywine, Proprietor’s BCS, and Vanilla Rye. Be sure to nab these quickly as they won’t stay on shelves very long. 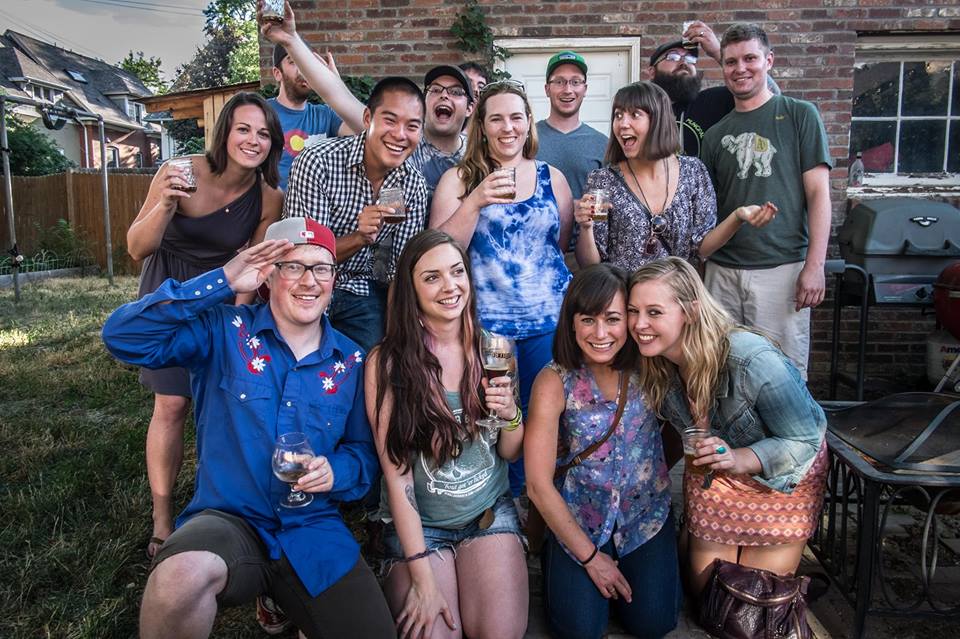 Seriously though, this holiday is all about giving thanks and it’s important to give thanks to those you truly care about. I’ll go more in-depth later this week but I want to express my extreme gratitude to our entire PorchDrinking team for their tireless effort, hard work, and creativity over the past two and half years. And I want to thank everyone in the beer industry who have supported us along the way. And similarly we want to thank YOU, the readers who have supported us by reading and sharing and encouraging us along the way. We set out to make beer more fun, and to promote the craft beer industry in a positive way, and so far we’ve done just that. Thanks everyone for making that a reality and we’re excited for more to come!