If you’re tired of listening to political attack ads and fall into the category of Americans’ that are undecided in this years most critical election, we analyze two candidates on key issues facing America and break down this years Presidential Election: Budweiser vs.Coors.

Election night is a night when every normal TV channel is blanketed with maps of blue and red states. The only night in four years when the channel buttons on your TV remote are powerless. If you’re watching the colors update in some kind of a psychedelic trance, remember that blue represents states voting for Coors and red represents states in favor of Budweiser. Here we analyze these two candidates head-to-head on issues most concerning to the American people.

Clydesdales vs. Twins: Is this even a contest? (Horses don’t have the right to vote) Budweiser-0 Coors-1

King of Beers vs. Banquet Beer: Kings eat at the head of banquet tables. Budweiser-1 Coors-1

Budweiser is proudly brewed in St. Louis Missouri and Coors in Golden Colorado. Both states are undecided. Budweiser-1 Coors-2

While everyone loves a great press conference spoof (especially when TO is the target), what screams the American Dream more than a dog trained to retrieve beer from your fridge? This election comes down to the middle class, and hard working Americans deserve to drink cold beer without getting up from the couch. Budweiser-2 Coors-2

In the five critical areas in which these candidates were assessed, there is no clear winner. It has come down to a 2-2 tie. If the actual presidential election comes to an initial tie and requires a recount, just remember our preferred election night chant: “FOUR MORE BEERS!” 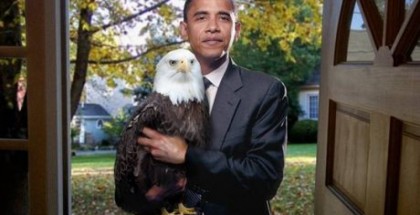