“Here it is, kid. As promised, see?” He leveraged one foot into the air with tremendous effort and, twisting his whole body to generate the requisite torque, THUMPed it against the side of the stoic, wooden chest.

The chest did not deign to respond. It sat on the cold concrete, amidst the dank and the dust and the chittering bugs, and pretended we weren’t there.

Its black varnish shone with a malignant inner warmth separate from the light cast by the single exposed bulb dangling at the end of a long cord from the ceiling overhead, spinning slightly in a draft I couldn’t feel.

The chest had no clasp or keyhole that I could see, no adornment at all save for a plain, silver orb, like a globe bisected neatly from North to South pole, that bulged tumor-like from its front.

He ran a hand through his hair, pondering.

“What’s in it.” Shook his head. “Kid, it may be there’s someone in the wide world who could do it justice, but he sure ain’t me. Some things a man has to see for himself.” He crouched in front of the chest with much popping of knees, reached one hand forward…and stopped. He turned to look at me over his shoulder.

“Kid, inside this box is your future, if you want it.”

He pressed the silver bubo and a mechanical working concealed within the wood thunked heavily into place. Another thunk. And another. And another. Then click. With a groan and a sigh, the lid of the chest slowly rose.

This is not a Christmas story. It is, however, set on Christmas Eve.

I was in a kitschy, little shop, one of those poorly focused places that stocks a little bit of everything but none of it really seems worth buying and all of it’s fifty percent more expensive than it ought to be, but I’d forgotten to get a gift for my aunt and time was tight.

Having thumbed through and come up empty in the recycled-materials stationery just inside the entrance, having browsed and dismissed the handmade potholders that put Guatemalan mothers through community college, having perused and been baffled by the ceramic something-or-others shaped by the twelve-fingered blind children of fathers who worked their whole lives around certain chemicals, I was exactly six feet inside the store and reeling.

I don’t know my aunt that well; we see each other maybe twice a year, unless one of her innumerable children has a wedding on and I have to be an usher. I don’t know if she has hobbies, or interests, or allergies. Would she like a four-by-five-inch painting done on a piece of wood by an Inuit dog? Or is she a terrible racist? Would such a gift have to be destroyed by her immediately lest her reputation at the anti-miscegenation club for which she bakes treats every week suffer? Better stick to things made by white people or their pets to be safe.

I was considering a scarf made from discarded garden hoses by a veteran of the War on Women when I heard it.

I looked around, didn’t see anyone.

Half of a wrinkled, old, liver-spotted face, wildly encircled with yellow-white hair, was peeking from around the end of the aisle.

Then it was gone.

A gnarled and veiny hand replaced it. The index finger, alone of all the fingers extended, curled towards the palm once, then twice, then the hand, too, vanished.

“Come over here, kid,” rasped the voice around the corner.

The old man was pressed against the flat of the aisle where the woman working the register couldn’t see him or, now, me.

He grabbed me tight by the arm and pulled me closer. “Kid, what are you doing here? This isn’t the place for someone like you.”

“You were demeaning yourself is what you were doing. This place, it’s full of garbage. Don’t get me wrong, my daughter runs it and I love her and it’s nice her floating an old man like me a pay check every now and then, but the girl’s got no eye for a quality product and that’s the simple truth. Now…” He peered around the aisle at the register: the woman was untangling a display of rusty necklaces made by alcoholics with pendants of cast-off bottle caps and broken glass. The coast was clear; he pulled me with him along the wall towards the rear of the store.

“Lucky for you I run a little side business in back here.” He pulled me to a stop. “No one else needs to know about it, okay? Just a gentleman’s secret, between you and me.” Then yanked me forward once more. “Anyway, I got just the thing for you, kid. Just the perfect thing. The second you walked in, I said, ‘Boy, I’ve got just the thing for him.’ Here we go. Hang on.”

We were standing in front of a closed door. Taped up at eye level was a piece of paper with “Employees only, please” written on it in neat blue cursive.

The old man checked the register again, then opened the door and pushed me through. We were in a hallway. There was another door at the end of it and a third to our right. The old man shoved me towards the latter.

Again I was face-to-face with a taped up sign, but this one had been scrawled out by a different hand in a darker ink. The writing was more feral and forceful; the marker employed in its creation had likely not survived the pressure with which its user’s hand had pressed it to paper; somewhere a hard, flat surface was still stained with the ghostly afterimage of bled-through ink. The sign read: PRIVATE GIVE A MAN HIS SPACE DAMMIT.

A bony knuckle in my back forced me over the threshold.

The lid of the chest slowly rose. Inch by inch by inch…and then it stopped. I leaned forward. Inside was…it was…

“Kid, look, it’s just us men here. We can be straight with each other. Your poops are terrible.”

“Naw, kid, they’re terrible. Anyone can see it. But hey,” he placed his hands on my shoulders and looked deep into my eyes, “it’s okay. That’s all over now. You take that Poop Stool home. You sit yourself down on it when you do your business. And, kid, let me tell you, business will boom. You get me? Sure you do.”

“Forget your aunt, kid. Get her one of those upcycled-syringe wind chimes out there and call it a day. Hell, I’ll throw one in for free. But, kid…” His hands were still on my shoulders and he squeezed. “…You get yourself this Poop Stool. $68.50 for a brand-new you? The Dalai Lama can’t beat that.”

“Kid, hey,” he pressed his forehead against mine. “How will you ever know, if you never try?”

Hank Henry is but a simple slot car on the unfathomable race track of life. It’s hard to say whose hand is on the trigger. If it’s yours, please cop to it at [email protected]. And if it isn’t maybe you should say that, too. Process of elimination, etc. 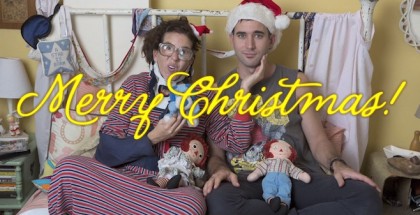