Look, a lot of things happened this week.  I know what you guys really want to talk about, but we really have to address some things first.  Important things.  Like Doctor Who important. 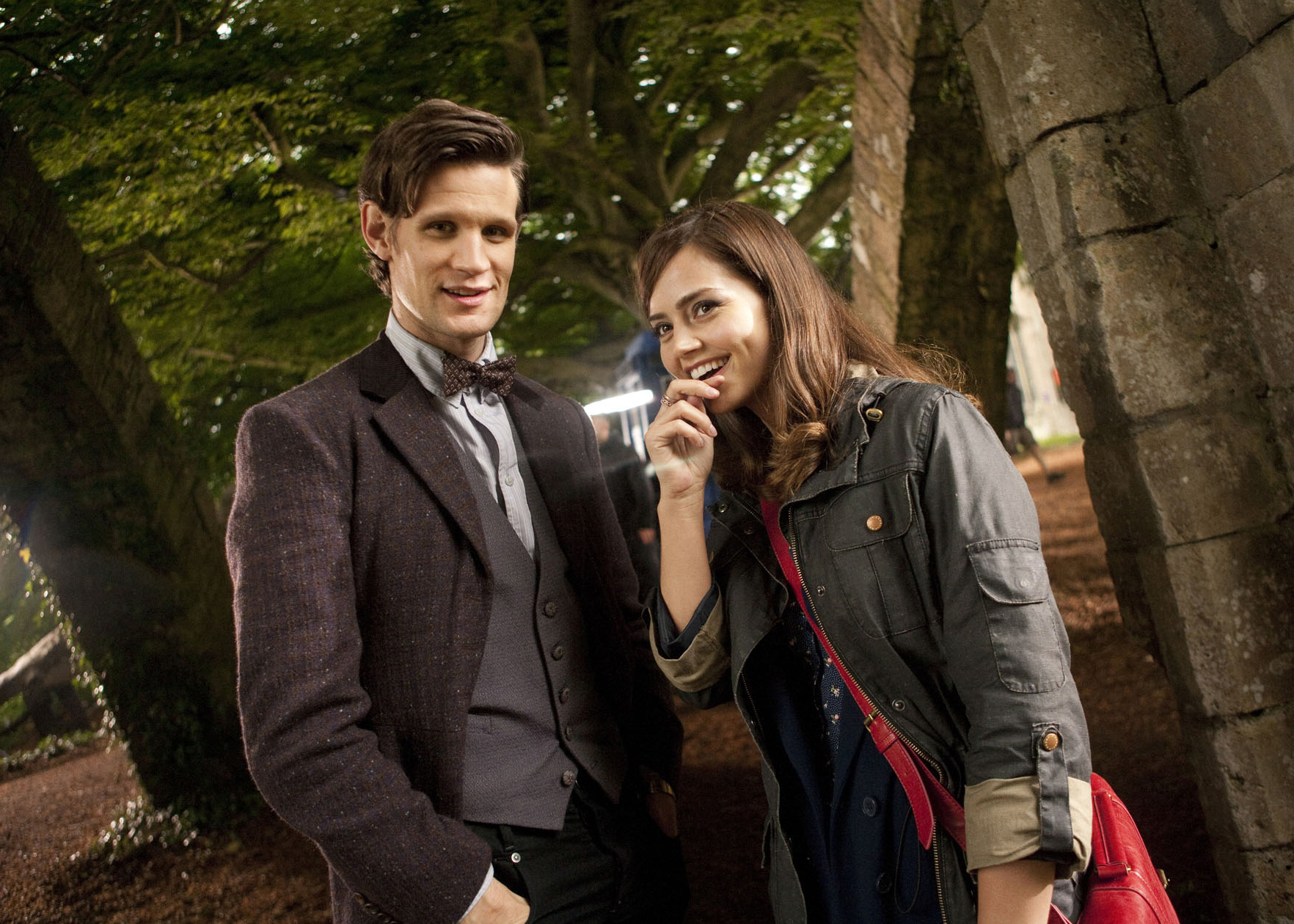 Mark Your Calendars: Return dates for Doctor Who and Mad Men have been set

Doctor Who is set to return March 30 with his brand new companion, Clara Oswin Oswald.  I’m still on the fence about this lady but I’m leaning strongly towards dislike.  The worst companions are the ones who are hopelessly and stupidly in love with the Doctor (I’m looking at you Martha Jones).  The best relationship was the brother/sister thing Donna Noble and the Doctor had going on.  So if Clara can just keep it in her pants we might be ok.  But as we’ve seen in Asylum of the Daleks and Snowmen, she is quite the flirt.

Mad Men will return April 7 with a two-hour premiere movie.  So we’re just calling anything that’s two hours a movie now, I guess.  Parks and Recreation, Episodes 301-306: THE MOVIE! are coming to a computer near you.

There have been conflicting reports running rampant around the internet.  First, a Marine Corps Band spokesperson said that Beyonce opted to switch to the pre-recorded backing track last minute.  Let me take this opportunity to say that Yo Yo Ma cello-synced at the 2009 inauguration.  That is fact.  So let’s just all keep some perspective on this.   But after the story became a big deal, Marine Corps spokesman Capt. Gregory Wolf said there is no way for anyone in the band to know for sure if she sang it live or not.  But now we have an official Inauguration official type official (that chose to remain nameless) confirming Queen B used the pre-recording.  But then we also have official analysis from several expert types saying she sang live while the pre-recording also played.

So basically, after much discussion, we were back to where we started.  I think we need to track down the sound guy who was in charge of mixing this whole affair.  I mean, there is one knob (or rather a slidey thing) for ‘live’ and one slidey thing for ‘tape.’  He’s (or she) the only one to know which one was up.  Now that we have literally examined this from every angle, I would like to come out in support of Beyonce.  I know not many people have (those are all separate links btw).  Girlfriend can do whatever the hell she pleases.  Let this be the last word we speak of this nonsense.  At least until her Super Bowl Half Time show.

Anyone who has read this book just drooled a little bit at the thought of Fincher taking on the film.  I really cannot stress enough how delicious this book is.  I also cannot stress enough how important it is that you nothing about the book before reading it.  Your mind will be blown every which way.  But I will say this is a perfect story for Fincher.  Perfect.  I’m giddy at the thought and if you are a regular reader, you know how hard it is to make me giddy. 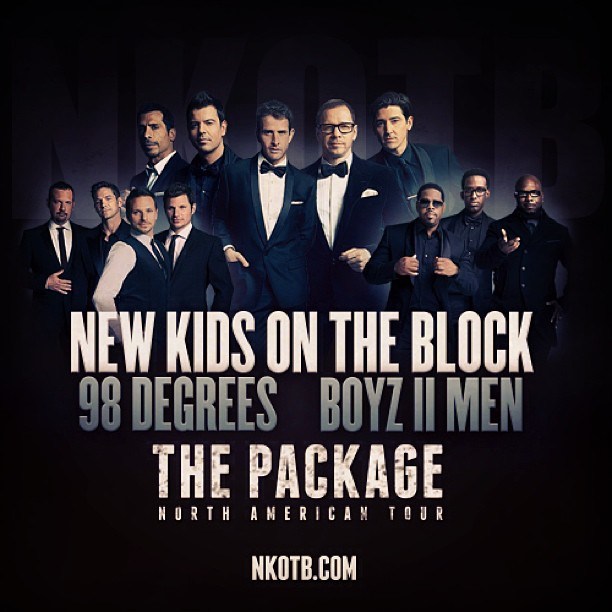 Not 2gether the band, but ‘together’ as in those three on tour this summer.  If I could travel back in time to 1995 and tell my then 11-year-old sister what would happen in 17 years, she would slap me in the face and yell, “THAT WILL NEVER HAPPEN, WITCH.  I CAST YOU OUT, DEMON LADY! I CAST YOU OUT!” and then fall into tears as the mere thought of all three power groups together is just too much to handle emotionally.  Not to mention that her little sister traveling back from the future would be quite traumatic as well.

The whole gang will head out May 31 and be wrapped with their North American tour by the end of July.  But fear not- by then we’ll have the Backstreet Boys tour to look forward to (I mean, probably).

And now what you’ve all been waiting for: JJ Abrams is in fact directing Star Wars

I find this incredibly upsetting.  Now obviously I think Abrams directing is a great idea.  I am upset because I do not appreciate being lied to for the past four months.  After swearing up and down all over town that he had absolutely no intention of having anything to do with Star Wars.  It took me all of 3 seconds to find these two quotes very clearly denying any involvement:

“I quickly said that because of my loyalty to Star Trek, and also just being a fan, I wouldn’t even want to be involved in the next version of those things,” Abrams told Empire. “I declined any involvement very early on. I’d rather be in the audience not knowing what was coming, rather than being involved in the minutiae of making them.”

“If you look at the last three Star Wars films and what technology allowed them to do, they covered so much terrain in terms of design, locations, characters, aliens, ships — so much of the spectacle has been done and it seems like every aspect has been covered, whether it’s geography or design of culture or weather system or character or ship type. Everything has been tapped in those movies. The challenge of doing Star Trek — despite the fact that it existed before Star Wars — is that we are clearly in the shadow of what George Lucas has done.”

Sir, I have great respect for you.  Lost is my favorite thing perhaps ever.  Super 8 was a delight.  I would follow you to  whatever film or television show you put your name on.  But this blatant lying has destroyed my nearly blind faith in you.  You knew when you said those things that you had a serious chance of directing this film.  You decided then to lower our hopes and asked us to be content with Star Trek.  We complied because we love you so.  Then surprise! you were just kidding the whole time.  This is like coming home after you think someone has been following you for 10 blocks to a surprise party.  This is not a fun surprise.  This is a surprise where you want to slap your surprisers.  So I virtually slap you, JJ.  I slap you hard in the face. Now get to work.

To rinse that bad taste out of your mouth… 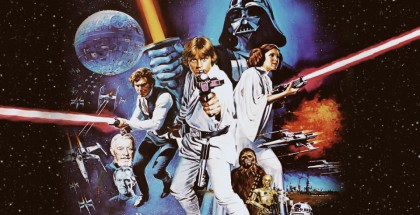