Before I embark on 40 Days of Water, tonight my church, House for All Sinners and Saints, will be congregating at the Denver Bicycle Café to celebrate Fat Tuesday with donuts and beer. Yes, beer. House for All Sinners and Saints (HFASS for short, and, yes, we do realize what that sounds like) loves beer. In the summers, we hold a “Blessing of the Bicycles” complete with a pizza party and a pony keg of Fat Tire. In the winters, we hold “Beer & Carols” at the Irish Snug, an event in which we turn every Christmas carol into the single greatest drinking song you have ever heard. And you know, that’s how we roll.

Fat Tuesday (or Mardis gras for the vaguely French or Cajun) is the precursor to Ash Wednesday, the start of the Lenten season. On Fat Tuesday, many gather to eat richer, fattier foods to prepare themselves for the fasting of Lent. Typically in Lent, many of the faithful commit to fasting or giving up certain types of luxuries as a form of penitence. Many, many years ago, fat happened to be one of these luxuries. However, nowadays people tend to “give up” other indulgences to show their penitence. Throughout the years, I have given up everything from candy to meat as a way to test myself. Once I gave up soda when I was in middle school, which, at the time, felt absolutely insane. And if the Lenten season is about penitence and introspection and giving up luxuries, it should be a little insane. Hence why this year, I am participating in “40 Days of Water”.

Why don’t you take a second to look at that website and then return to this article when you’ve realized the ramifications of my decision.

“40 Days of Water” is exactly as it sounds. A participant will go forty days drinking only water. Now, that doesn’t mean I will be fasting in the traditional sense; food is most definitely on the table. However, it does mean a fasting of beverages. This means no orange juice, no milk, no soda, and (as you may have surmised) no beer. That’s right, this Lenten season, for all intents and purposes, I will be giving up beer. Let that sink in: I will not be drinking beer for the season of Lent. True, if you dug deep into the website or know anything about Lent, you may understand that Sundays typically “don’t count.” In fact, the website says to drink whatever you would like on Sundays to remind you how much you miss your favorite beverages the other six days of the week. However, homie don’t play that. I’m going from Ash Wednesday to Easter drinking water and water only.

Even now, as I type this, I am questioning my motives. Seriously, no beer? For forty-plus days? I was in high school the last time this was true. So, why do it now? First of all, the Blood:Water Mission is a really fantastic cause. For every bottle, can, or pint of beer that I would normally buy I plan on donating to Blood:Water Missions which seeks to give clean, potable water to communities in Uganda. (I’m curious to actually see the final tally…) And, more importantly, if Lent is about penitence and fasting and giving up luxuries in life, what better way to do it then give up something that I really, really like. My weekends usually revolve around the consumption of beer, and if I were to stop and examine the amount of money that goes into those pints, maybe I’ll come out a better person on the other side. Or maybe I’ll just get wasted on Easter (just kidding). Either way, this is happening.

Now I understand it’s a little bizarre to come to a website that is dedicated with the drinking of beer and read a post about someone who is going to stop drinking beer (and soda and orange juice and Sonic’s awesome happy hour priced drinks and milkshakes—wait do milkshakes count?), but hear me out. I am looking to challenge myself. And to me, that is what Lent is all about. Challenge and introspection. And Jesus too, I guess.

So, tonight when I am celebrating Fat Tuesday with HFASS (and you!) at the Denver Bicycle Café, I’ll be drinking a nice tall pint (or two) of something amazing before I hit that drinking fountain for the next month and a half. (Seriously though, if you want donuts and beer, join us tonight at 7PM!) 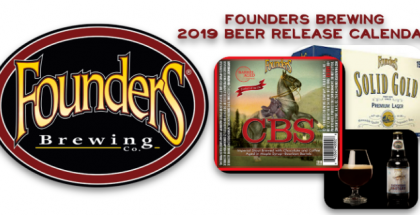