These are pop culture happenings for September 27 to October 4th. Now pay attention.

David Tennant will reprise his role in the American Broadchurch

Though the British series JUST ended, Fox is adapting the BBC series for American audiences.  So far, this just means making Tennant speak in an American accent.  Broadchurch follows Detective Alec Hardy as he investigates a young boy’s death in a small coastal town.  I loved the BBC series.  I really, really tried to watch it as it aired week to week on BBC America but got to a point where I just had to binge it online.  I needed to know who killed the boy.

I just don’t see why we need to remake this in America.  And while I love me some Tennant, trying to justify an American remake while using the same star as the original is just a bad idea.  And how are they going to make it different?  Is it still going to be the same basic story?  Will the killer be the same?  What at all is going to make me watch this after seeing the brilliant BBC version?  TELL ME!

I can’t say I ever picked up a Clancy novel to read the words inside, but among his credits are Hunt for Red October and Patriot Games.  Here’s my challenge to you- if I were to read a Tom Clancy book, what should my first one be?  Tell me in the comments section below.  Please.  Seriously.  Comment.

Even though I just questioned Fox for taking another network’s series, this time I wholeheartedly approve!  Mulaney’s pilot was originally ordered by NBC but Fox has ordered the pilot to series.  If you’re unfamiliar with John Mulaney, I highly, highly recommend listening to his stand up album “New In Town.”  It is available on Spotify fo’ free and will kill you dead with laughter.

As a former SNL writer, it’s no surprise that Lorne Michaels will executive produce the series.  “Mulaney” is a semi-autobiographical show about John’s life and stand-up with Martin Short cast as his boss.  OH and did I mention that he’s the other person responsible for Stefon?

And no, I’m not going to comment on her MTV ‘documentary.’  Sinead O’Connor has written an open letter to Cyrus encouraging the poptart to stop pimping herself.  “Real empowerment of yourself as a woman would be to in future refuse to exploit your body or your sexuality in order for men to make money from you,” O’Connor says.  While you might have seen headlines for the ‘scathing’ letter, I found the thing quite encouraging.  O’Connor praises Cyrus’s talent saying, “Your records are good enough for you not to need any shedding of Hannah Montana. She’s waaaaaaay gone by now.. Not because you got naked but because you make great records.”  While I might not have quite the same faith in Miley’s talent, I pretty much agree with everything she’s saying here.  I think Miley needs to think a little more Beyonce and a little less Britney.  And maybe just don’t think Sinead at all.

Speaking of making my point for me

Ultimate 6er for Your Government Shutdown 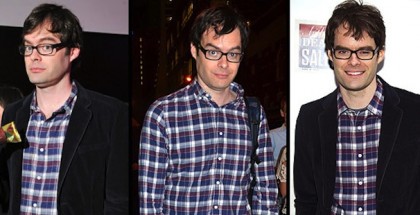 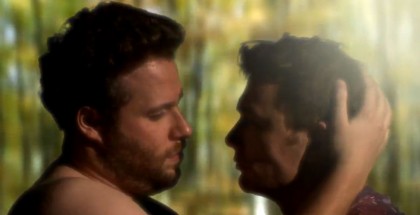