The Reasons to Love County Boy Brewing are “Simple”

No matter day or night, as the door closes behind you in the Country Boy Brewing taproom, natural light disappears. Darkness descends. The taproom is lit by dim bulbs, warm in color yet low in light, giving newcomers a false sense that this is a place for intimate dates or drowning depression in dark corners. They couldn’t be more wrong. The darkness hides nothing; that is the ruse. This is the place where everything is illuminated, celebrated, magnified even. What you come to realize after spending five minutes in the taproom is that the space is brightened not by artificial bulbs but by genuine happiness. You don’t hear the drone of fluorescent lights; you hear the buzz of chatter and laughter. Led Zeppelin and Johnny Cash and the Black Keys echo from the rafters. People stand on tables and barstools to stack 2×4 Jenga blocks higher than they can reach before it all comes crashing down in a clamorous collective groan from the whole bar. Country Boy Brewing is a celebration of life’s simple things: friends, games, music, and beer.

Country Boy is not just a brewery but an idea: embody a “country” mindset and a D.I.Y. work ethic, trust your instinct, and (when in doubt) keep it simple. As head brewer Evan Coppage describes, “When we opened, we decided to make beer that we wanted to drink and hoped others would enjoy it too.” The idea is to make great product, and people will come to enjoy it. Brilliant. A simple strategy, no doubt, and one that not only has sustained them but helped them flourish for two years now. 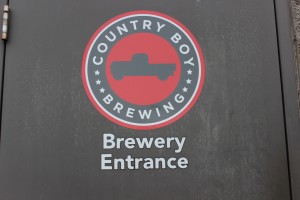 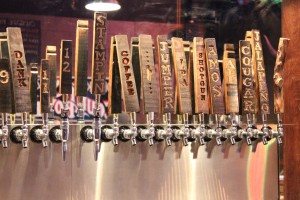 One trip to the taproom and you realize the idea of keeping it simple permeates all aspects of the business. Simple logo: a navy blue country truck in an orange circle with their name encircling both. Simple taps: hand-carved wooden handles with names, numbers, or their logo. Simple tap room: reminiscent of a college house decorated with miscellaneous items – beer signs and banners, various taxidermied wildlife, wood carvings, a strand or two of randomly placed Christmas lights – all with at least a loose connection to either the country lifestyle, beer, or the Commonwealth. 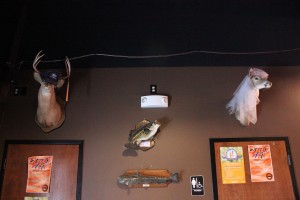 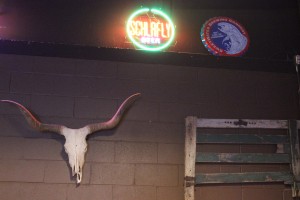 The only thing that doesn’t seem simple is their beer. Nacho Bait, Shotgun Wedding, Cliff Jumper IPA, Jalapeno Porter, Heart of Dankness, Cougar Bait Blonde, Knotty Pine. Creative names and complex flavors from only the best (and many times local) ingredients has become their forte. From hot peppers to flavorful fruits to Kentucky bourbon barrels, local is king at Country Boy. The “Kentucky Proud” banner in the taproom is not meant to be cute or ironic. If they can find it here they will use it. The actual brewing though, they describe as “minimally processed,” which sounds to me like a fancy way of saying they…wait for it…have simplified the process.

Simplicity alone, however, is not what keeps the brewery and the taproom booming. Talking with GM Daniel “D.H” Harrison, you realize that passion is what got this place off the ground, is what kept it going, and is what continues to propel them forward. They love craft beer, specifically good craft beer. Everytime I have spoken with D.H., he romanticizes (like a giddy schoolgirl I might add, sorry Daniel) not only about the amazing beers they are making, but also about the amazing beers that inspired them. Many breweries have only their product on tap, but Country Boy always has around ten rare and/or popular offerings from other breweries, an homage to their muses. From Sierra Nevada to Schlafly to Southern Tier, these guys drink everything and they share what they like. 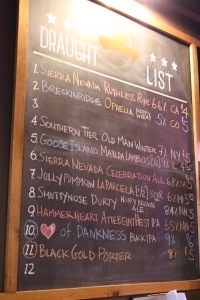 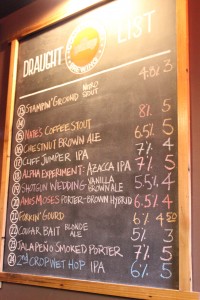 Simple shouldn’t be mistaken for stagnant. Country Boy Brewing more than tripled their output from 507 barrels in 2012 to 1,788 barrels in 2013. They upgraded equipment and expanded brewing capacity. They have added a patio to their taproom, and you can find them in most restaurants (with a decent tap list) in the Central Kentucky area. And they have done all of this at their pace, at a pace that may have quicken but didn’t complicate things. Country Boy will be celebrating their 2nd birthday this extended weekend with the simple things: friends, games, music, and beer…and, of course, a little birthday cake. 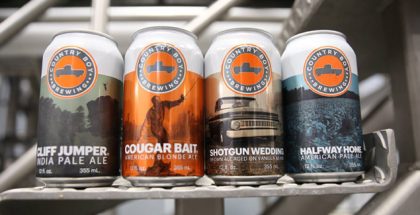 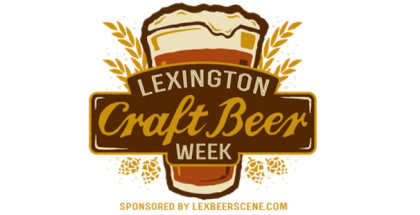