Last week, I took a train ride that I’ve wanted to take for over 16 years… I rode the Hogwarts Express!  On a family vacation to West Palm Beach, I told my husband that since we were in the same darn STATE, under no circumstance was I going to miss the opportunity to go see Diagon Alley and Hogsmeade at Universal Studios.  Obliging fellow that he is, he made the 2 hour and 45 minute journey there and back to Orlando with me to experience The Wizarding World of Harry Potter in all of its glory. And it was SO worth the 6 hours in a car.

Millennials, especially those of the older millennial generation (you know, the ones who came of age just before the iPhone) have a special connection to JK Rowling’s Harry Potter saga- we were almost Harry’s age throughout the entire series.  I remember vividly the first time I read Harry Potter and the Sorcerer’s Stone at the age of 10.  Damnit, I wanted a letter to Hogwarts.  I was of course disappointed when that didn’t happen, but devoured the books.  I never waited in line at midnight for a book release (I had working parents who wanted to sleep) but my parents always took me to the bookstore the day of the release to get my copy, and then I was engrossed until I was finished (record time was 11 hours for book 7- beat that!)

As an adult, I’m still a voracious reader, but I need something to fill the Harry Potter void in my life.  Luckly, while on the vacation I mentioned earlier, I came across several series about magic for adults.  If you need a little magic in your life of bills, rent, and student loans then check one of these two series out to fill the emptiness that was once home to Hagrid, Hermione and Ron:

This series , starting with “The Paper Magician”  follows 17 year old protagonist Ceony Twill immediately upon her graduation from the Tagis Praff School for the Magically Inclined.  Magicians in this world can only practice their craft by interacting with a single type of man-made material.  Ceony had her heart set on metal but she has been assigned to paper, and is quite upset at the prospect, for once you are bonded to a material, that is the only craft you may practice.  She meets her mysterious mentor in paper craft, and then an adventure finds her.  I won’t say too much more, since the delight in this introductory novel for me was in the discovery. This was a quick read, if you want a short tip to another world for the afternoon.

The Magicians Trilogy by Lev Grossman

This series is a bit darker and more all-immersive.  This time our hero is 17 year old Quentin Coldwater- a certified genius and high school senior about to interview for a place at Princeton the following fall.  Instead, Quentin is accepted at Brakebills Academy, a hidden college for magic in upstate New York.  The first book in the series, “The Magicians” follows Quentin and his classmates through their magical education at Brakebills, and their immediate post-college lives as they try and decide what they plan on doing when they grow up.  It’s quite a bit darker than the Harry Potter series (YA this is not) but amazingly detailed.  Rumor has it that SyFy will make the series into a TV show, so check this one out before they re-issue the book covers with a promo photo from the TV series.

PS – You can check out the Diagon Alley set that is part of the Warner Brothers Studios tour in London here on Google Maps– it’s AWESOME!

PPS- if you’re a Harry Potter fan at all, go to Universal- it was so immersive, I jumped up and down and squealed like a 10 year old girl for a good 5 minutes.  Also, dragons! 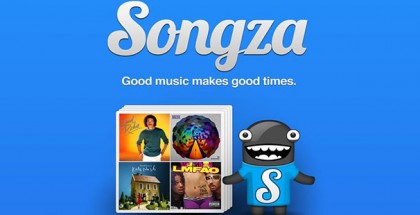