Back to the Future Inspires Latest Beer from Arcade Brewery

With an ABV of 10% and 95 IBUs, the name of Arcade Brewery’s newest beer, “Heavy” fits it perfectly. The beer, a double-IPA, from the Chicago-based brewery will be released at a fundraiser on Oct. 21st and distribution will begin on Oct. 23rd.

“The Back to the Future series is probably my favorite series of all time… hell, my wedding was even a little Back to the Future themed,” Tourre said. “I couldn’t pass up the opportunity to brew a beer to celebrate the moment and have a little cheeky fun with the naming and label.”

Highlighting Centennial and Chinook hops, Tourre described the beer as having a dark golden color. Despite having an ABV of 10%, the alcohol won’t be overly aggressive but it will be recognizable.

The beer will be released at a fundraiser: Back to the Future IV: The Fundraiser. The event is put on by Reading with Pictures – a comic book and literacy non-profit organization and will be held at The Radler. Tickets for the event can be purchased here. The price per ticket is $65, however, using the promotional code MINIMARTY will give purchasers 50% off.

After the event, Heavy will be distributed everywhere Arcade Brewery is distributed on Oct. 23rd.

“We’re super proud of the beer and can’t wait for everyone to give it a drink,” Tourre said. 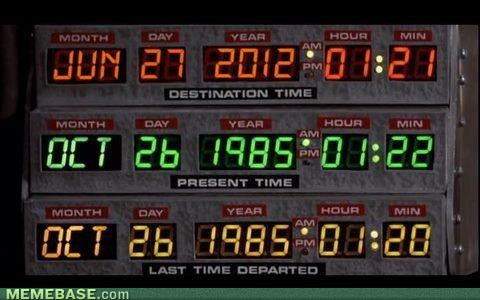