Searching has become a daily obsession in our modern culture. Our day is consumed with idle searching; Googling a topic, asking Siri a question, scrolling through your Twitter/Facebook feed, flipping through TV channels, entering a YouTube vortex. Billions of dollars have been made off of search algorithms. You most likely ended up on this article via a search.

But then there’s the bigger Search. The lifelong pursuits, the non-stop studying, the week after week commitment to that ever elusive goal. The kind that inspires Captain Ahab’s voyage, haunts Ponce de Leon’s dreams and coaxes Cubs fans into watching them in the postseason. A deeply embedded feeling that stirs and motivates you to action (or U2 action). This is the space where most craft brewers exist, always improving and tweaking, working towards that perfect beer.

Aquanaut Brewing is still relatively new to that journey. Opening a facility on the North Side in 2014, they faced hardship right out of the gate with the threat of a lawsuit under their original moniker, Strange Pelican. After a name change and some initial hardships, they finally were able to release a few beers into the market this past year. And they’re also helping other start-up brewers begin their path, letting South Loop Brewing and Transient Artisan Ales brew out of their facility as well. Just this past summer, they set up a canning line and released The Search, an English-style Bitter, in cans. The Captain Ahab imagery on the can suggests a far off destination they’re striving towards. But really, you need look no further to find a solid English Bitter. 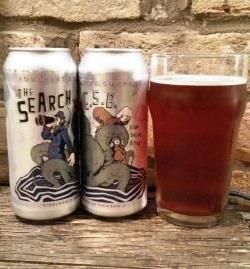 The Search pours a crystal clear toffee color with a quickly dissipating head. The nose is malty, bready and has a sweet caramel note as well. The toffee and caramel come through even stronger on the taste with a huge toasty malt bill. But the sweetness is quickly swept away with a clean bitterness that encourages another sip. Definitely true to the English style, and will be perfect company for your fall pursuits.

The next step for Aquanaut will be navigating the murky waters of the Chicago political system to open up a taproom. Which means you won’t have to look very far to find the Search on tap (or on cask hopefully!). Keep your eye out for these guys; they’re at least one entity on the North Side that will satisfy what you’re searching for. 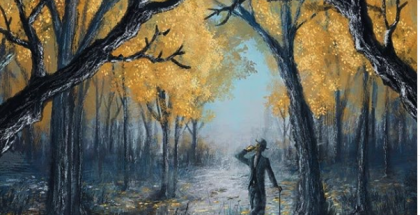