Sierra Nevada gives back to UC Davis, Devils Backbone expands, and female brewers protest Trump inauguration with a pussy riot beer. There’s no better way to start the new year than with some craft beer news. Keep reading to catch the details in this edition of the Weekly Growler Fill.

In craft beer circles, UC Davis is known for their incredible brewing science program. Graduates of the program work at some of the best breweries in the country. Because of this contribution to beer, Ken Grossman of Sierra Nevada is gifting UC Davis a big sum of money – $2 million to be exact. With this endowment, UC Davis will provide funding for a full-time staff brewer, responsible for mentoring students, maintaining equipment, etc. The position will even have an official title: Sierra Nevada Brewing Company Endowed Brewer. If you’re hoping to snag the job, you’re out of luck. A staff researcher with the brewing science program will become the first Endowed Brewer. [Read full article]

Since its a new year, I’d like to highlight a feel-good story this week. If you’ve ever been on a brewery tour, you’ve probably heard of some great way that the brewery uses its spent grain to provide food for farms or some other sustainable project. Brewhaus Dog Bones in Ohio is putting a new spin on the spent grain industry by turning it into puppy treats. *Cue all of the cute puppy thoughts stored in your brain* Not only does the company make treats for extremely cute animals, it is also a nonprofit that provides opportunities for students with disabilities. Brewhaus organized a program for project-based learning opportunities, where they enter a school and provide students with real-world work experience. The goal is to help the kids master a skill set as training for their future careers.

A brewery and distillery in Minnesota by the name of Bent Brewstillery is hoping to serve both of its creations under the same roof. Bent currently owns and operates taproom for craft beer, but under Minnesota state law, they cannot sell cocktails in the same location. In hopes of changing the legislation, Bent has started a Kickstarter campaign to hire a lobbyist for the cause. They argue that altering this regulation will increase the growth of local businesses. When Bent opened a taproom, the demand for their beer skyrocketed. They are hoping the same will occur with their line of spirits. See the video above for the full details. Currently the campaign has raised $1,584 of the $25,000 requested. [Read full article]

Some very classy ladies (or shall I say ‘nasty women’?), have banded together to protest Trump with a new recipe named ‘Makin Noise: a Pussy Riot Beer’. After the election, the group of female brewers realized they needed to support each other and do their part to stand up for vulnerable groups. Last week, they gathered at Goldspot Brewing in Denver, CO to brew the first batch of the imperial saison aged on ninety pounds of strawberry purée. The beer will continued to be brewed at multiple locations as the girl group travels to Lady Justice Brewing, 3 Freaks Brewing and Black Sky Brewing. Makin Noise will be tapped on January 20, inauguration day, and serve as a tool “to combat the hate and oppression while also lending support and solidarity to the fight for equality.” Proceeds from the sales will benefit charities such as One Colorado, an LGBTQ advocacy group, Conservation Colorado, Planned Parenthood, and the ACLU. [Read full article]

With the AB InBev acquisition, Devils Backbone hoped to gain funding to grow their business. Now, that dream is literally coming true. Devils Backbone has just laid the foundation for a $3 million distillery. They will also expand at their existing locations in Virginia, growing facilities for packaging, brewing, office space, etc. Co-owner of the brewery, Steve Crandall, used the news of the expansion to justify selling to AB, “We would have had to grow into this expansion that we’re doing, and it would have probably taken us 20 years to do so.” With the increases in production, Devils Backbone plans to boost distribution in existing markets and begin sales in South Carolina, Georgia, Florida, Kentucky, Ohio, Pennsylvania, New Jersey and New York. [Read full article] 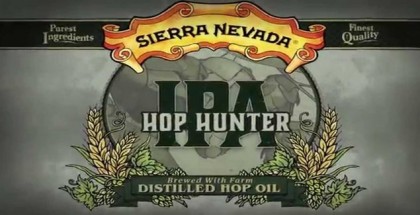