The True Spirit of Christmas

As an adult, it’s normal for the holidays to make a person nostalgic. My kind of nostalgia varies a bit from what Hollywood and Christmas songs have burned into our brains, though. I don’t have visions of beautiful, lightly powdered snow caressing the Rocky Mountains underneath a clear blue sky. I don’t have many fond memories of going to the mall to visit Santa, and I definitely don’t have any sensory memory of “magic” being in the air. What I miss about Christmas Past is not having to do anything. No shopping, no driving. Nothing. Just pure, selfish, me-me-me sitting at home in pajamas, opening presents that I didn’t have to buy, wrap or build. Isn’t that what Christmas is really about? Isn’t that the heart of the holiday season?

Whatever Christmas spirit I might lack, I do get nostalgic about beer. I love new beer. I love stouts. I like trying new things. I like when a new brewery opens up by my house. But during the holidays, I get sentimental about the classic Christmas brews that I’ve grown to love (and then kind of forget about) over the past couple of decades. In particular, I have a lot of good cold-weather memories of Sierra Nevada’s Celebration.

My first time tasting Celebration was back in 2009, the last year of the “classic” Celebration label. To find the first iteration of Celebration, though, we’d have to go back almost four decades, shortly after Ken Grossman and Paul Camusi established Sierra Nevada in Chico, California in 1979.

When you see “Fresh Hop IPA” on the label, it feels like a new thing—something they did to keep up with trends. But the recipe for Celebration has actually remained unchanged since 1981. A few years back, Sierra Nevada gave it an update to make it clear that it was a Fresh Hop IPA. That wasn’t a style people were familiar with back in the ’80s, but customers’ palates have become more sophisticated since then, so they chose to provide them with the info they were looking for right up front.

How does the beer pour? I don’t know. I drank it straight out of the bottle. As soon as Celebration came out this year, I grabbed a six-pack so I’d have an adequate sample size to really evaluate it and provide some thoughtful tasting notes. But, holiday shopping got the best of me, the six-pack didn’t make it through the weekend, I forgot to write tasting notes down, my rickety old stove almost set the house on fire, and that’s just kind of how the holidays go.

Anyway, I went and picked up another six-pack. You know, in the name of beer writing. So let’s give this a go.

It pours a nice amber color, with a fairly thick, long-lasting head. Ideally you’d pour it into a pint glass, but sometimes the only clean vessels you have after hosting a holiday party are a mason jar, a slightly dusty flower vase, some leftover Solo cups and a water bottle. Dealer’s choice on that one…I went with the mason jar. To be honest, I went right back to drinking it out of the bottle after I poured my evaluative first beer anyway, so glassware is not required.

Celebration smells like Christmas to me, but that’s because I drink this beer every winter. It’s got a nice, hoppy nose, but the hops are a bit subdued by a roasty malt aroma. This is a really balanced beer, and maybe that’s why so many people gravitate towards it during the holidays. People are bombarded with big, barrel-aged stouts and spiced/sweet beers during Christmas, so it’s probably a welcome change to have a beer that you can drink a few of without getting wasted (or diabetes). It’s pretty “West Coast” in its profile; it has a bit of bitterness to it, and there’s a piney (christmassy) characteristic to the hops. The malt brings a lot of balance back to it, though, and it’s a really easy beer to drink and enjoy.

It’s the Most Wonderful Time

We all have beers we get nostalgic about, and for a lot of people, during Christmas, that beer is Sierra Nevada’s Celebration Fresh Hop IPA.

According to Sierra Nevada, “When the fresh hops arrive for Celebration at harvest time, it really is like Christmas morning for our brewers. The truck usually arrives in the middle of the night and everyone is bustling around with grins from ear to ear.” 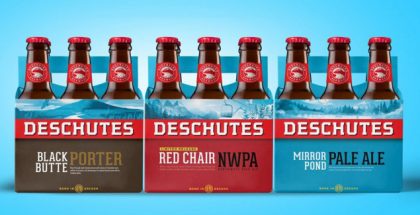