On Tuesday, June 27, a group of 48 craft breweries associated with the Brewers for Clean Water Campaign sent a letter to the Environmental Protection Agency in defense of the Clean Water Rule. This 2015 rule, which was meant to protect America’s drinking water, is in danger of being rescinded by an EPA rulemaking proposal. These brewers, who have partnered with the Natural Resources Defense Council, rely on clean water in order to brew beer and grow their businesses.

The Brewers for Clean Water Campaign believes that water is not only important to beer, but to the health of our people and economy as a whole. Safeguarding water means better quality and growth for an industry that has a significant economic impact in many states. In their letter, the Brewers for Clean Water and the NRDC outline their concerns regarding this proposed rollback of Obama-era policy by Scott Pruitt and the EPA.

If the repeal of the Clean Water Rule is finalized, these brewers believe that the quality of their product could suffer and that their businesses and livelihoods could follow suit. You can read their entire letter below.

Mr. Gib Owen, Office of the Assistant Secretary of the Army for Civil Works, Department of the Army

We oppose any changes to the Clean Water Rule that would weaken the protections it established for critically important waterways like small streams and wetlands.  Our craft breweries depend on those waterways to provide the clean water that we use to brew our beer.

Beer is mostly water, so the quality of our source water affects our finished product.  Even small chemical disruptions in our water supply can alter the taste of a brew or influence factors like shelf life and foam pattern.  We need reliable sources of clean water to consistently produce the great beer that is key to our success.  Thanks in part to this important natural resource, the craft brewing industry contributes about $55.7 billion to the U.S. economy each year, along with 424,000 jobs.

Brewers have been proud to support the Clean Water Rule since it was first proposed.  Because the rule helped protect the sources of drinking water for 117 million Americans from pollution and destruction, it provided certainty that we would continue to have access to the clean water on which our livelihoods depend.  Importantly, the rule was based on sound science.  The record supporting the rule showed unequivocally that the waters it protected had biological, chemical, and physical connections to larger downstream waterways.

In a February 28 executive order, President Trump directed your agencies to review the Clean Water Rule and rescind or revise it, without providing any rational justification for doing so.  Your agencies have now formally proposed to repeal the rule, with the stated intent of later adopting a replacement.  We strongly oppose any rollbacks from ensuring guaranteed protections for all waters that the science shows to be important to downstream water quality.

We understand that the president directed your agencies to develop the new rule under a different legal test.  That test has no scientific basis and would eliminate guaranteed safeguards for countless wetlands, as well as innumerable streams that don’t flow year-round.  We oppose that approach because it would fail to preserve water quality and was rejected by a majority of the Supreme Court.

We are depending on you to maintain or strengthen the safeguards established under the Clean Water Rule.  Protecting clean water is central to our long-term business success.  Thank you for considering our views on this important matter. 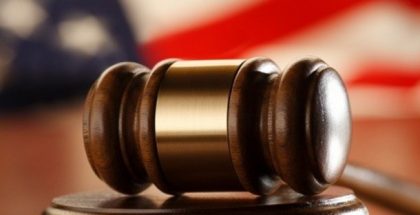