Despite the heat, Labor Day symbolizes the transition of summer to autumn. For me, the arrival of cooler temperatures and fall foliage makes fall one of Missouri’s more glorious seasons. It’s also my favorite time of the year to visit our region’s wineries, and now many of them are also brewing beer.

In Missouri, the wine community has been growing yearly, possibly drawn by the area’s beauty or by the simple fact the more than 130 Missouri wineries are producing quality wines and offering visitors numerous unique experiences. Wine fans exploring Missouri’s tasting rooms have a variety of styles and sweetness levels from which to choose,but that’s not all. Recently, I contacted several Missouri wineries to discover which ones were also brewing beer. Much to my surprise, there are more than I thought.

Whether you’re a wine fan, a beer connoisseur or you like both, Missouri wine country has plenty to offer. Get out and enjoy!

Part I: Wineries That Brew

Located in Higginsville, Arcadian is the first brewery in Lafayette County in nearly a century. They have a variety of beers to enjoy ranging from porter to pale ale and update their offerings seasonally.

New Haven’s Gruhlke’s Microbrewery is named for the “German gnome who shares his secret formulas for great micro brewed beer.” It was the first winery in Missouri and second in the nation to operate as both a winery and brewery.

Ste. Genevieve’s Cave Vineyard is home to several beers under the S.I.L.’s moniker which stands for sons-in-law. The family joke is that the sons-in-law of the owner have found a way to fund their hobby.  Currently, they have three brews available by the bottle, but occasionally, they brew up something fun to put on tap.

Another Ste. Genevieve vineyard, Crown Valley offers a plethora of tasting options. Crown Valley makes a wide range of wines, including sparkling, while its brewmaster produces beer made in a state-of-the-art 15-barrel microbrewery. Their Fizzy Izzy root beer has its own devoted fans as well.

Found in Potosi, the vineyard has added Edg-Clif Brewing Company, which offers a selection of six different beers on draft (and available to take home in a growler). If you’re looking for a relaxing getaway from the hustle and bustle, the wide-open spaces on Edg-Clif’s century farm are perfect for you.

The winery and microbrewery sits on five acres in Jackson near Cape Girardeau. The winery and newly expanded brewery feature ample indoor and outdoor seating. Plus, who can resist wood-fired pizza to go with its wine or beer?

The winery-brewery partnership has resulted in award-winning wine and beer as well as delicious food at the Public House Taproom in St. James, next to the winery. The Gardens provides a welcoming outdoor space to patrons where one can enjoy the best of both worlds (wine and beer), yard games and fire pits.

The Rocheport winery works closely with Broadway Brewery of Columbia, which utilizes space at the winery to brew. You can enjoy their beers at the newly expanded tasting room or overlook the Missouri River at the A-Frame or Bistro. 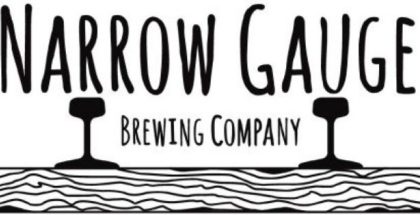 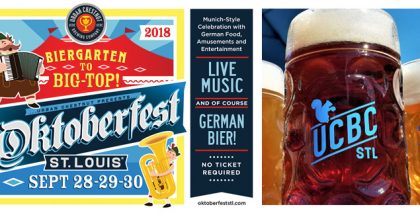