Following a somewhat stagnant 2017, the first month of the new year presented signs of optimism for the overall craft beer market. IRI Worldwide reports that U.S. beer sales in off-premise retail (like grocery, liquor, mass-merchandise stores, etc.) increased 3% in January 2018. This increase was bolstered by strong segment growth from craft beer (4.4%), imports (7.3%) and domestic supreme premiums (12.3%) like Michelob Ultra and Blue Moon. Because this is largely a craft beer site, we thought we’d take a look at the notable craft highlights from the IRI report and give our thoughts on the notable data points. Who knows, this might become a recurring monthly column. Here’s the lowdown.

I wrote this column to help quantify a market that is quickly a high-profile economic institution of the American economy. This was my first pass at this type of story, so please let me know of what feedback you might have in the comments below. Cheers!

Flagship February | Falling Back in Love with the Basics... February 5, 2019 | Seth Garland 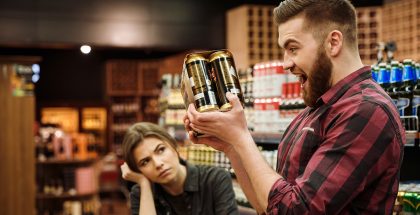