Beer for GoodRegionsSoutheast
No Comments

In Northern Virginia, resides Old Bust Head Brewing a 7,000 barrel producing brewery focused on making good beer and sustainability. Since its conception, owners Ike and Julie Broaddus envisioned their brewery to exemplify sustainability and make a richer community. When the brewery opened in 2014, they had already installed a geothermal system and renovated an old building.

“We knew that a concentration on being good for the environment would be a focus for the brewery,” owner Julie Broaddus says. “First, the greenest building is the one already there. Then, to get our geothermal system for the brewery, we had to dig 18, 500-foot-deep geothermal wells in our parking lot.” From this, the Old Bust Head taproom and offices are heated and cooled with the Earth’s naturally produced heat.

On Saturday, they shared the newest feature in their brewing system, a carbon capture system. This system takes the carbon dioxide released during the fermentation process and is repurposed for carbonating its beers.

On Saturday, Old Bust Head celebrated its next achievement in sustainability, the implementation of a carbon capture system. Partnering with Earthly Labs from Austin, Texas, the first beer to be produced from this system is their staple Bust Head, an English style ale.

According to Julie Broaddus, “Beers, especially lighter ones, will be a richer better beer,” due to the new carbon capture system.

To celebrate, Old Bust Head is inviting state representatives, local leaders and community members to attend a ribbon-cutting ceremony and encouraging beer fans to come to watch and see how Bust Head tastes.

Additionally, March 12, is also the birthday of Julie and Ike’s daughter, Finley.

About the Broaddus Family

Julie has a deep love for nature. For her spouse, Julie explains, “Ike grew up in a family of precocious environmentalists doing every little thing they could like not putting tape on their Christmas presents.”

However, many of their sustainable practices derive from their daughter, Finley. Finley was already active in pushing for earth-friendly practices at school. Julie says, “Finley was this exuberant, light-hearted person who had this incongruous serious concern over climate change. Everybody knew that Finely was going to do everything she could to help the planet and encourage others to do so. She really loved nature and put it all together that we have got to do something.”

In 2013, Finley applied to William and Mary and planned to study environmental policy. Later in 2013, as Ike and Julie were ramping up their preparations for Old Bust Head to launch in 2014, Finley was diagnosed with cancer.

“Finley was very excited about us operating a brewery,” Julie says. “She was a senior in high school that year. Then, in December 2013, she learned that she had a rare form of liver cancer, cholangiocarcinoma.”

From that point, Finley and Julie moved to Johns Hopkins Hospital in Baltimore, Maryland.

Not to be deterred by her cancer, Julie says Finley continued to be the same person. “Even around the hospital, she encouraged everyone to be more environmentally friendly by turning off lights and telling the staff to not give her Styrofoam cups,” Julie explains.

In the hospital, a friend of Finley’s, who also had cancer, mentioned how she was going to be overwhelmed with flowers and stuffed animals. This upset Finley as she knew that the flowers were not sourced locally and she did not need any more stuff. “So she told people to plant trees instead,” Julie says.

Next, came a movement. People inspired by Finley’s story, lovely character, and passion for the planet planted trees. “Trees were planted on every continent, except for Antarctica,” Julie says proudly. From this profound response, Finley’s Aunt encouraged her to start a fund to keep the momentum going.

By February of 2014, Finley began her foundation at Johns Hopkins Hospital. Next, the goal was to raise $18,000 by Finley’s 18th birthday on March 12.

After all that hard work, Finley used the funds to award the first two grants of the fund to The Green Belt Movement in Nairobi, Kenya, and the Cacapon Institute in West Virginia.

Sadly, Finley passed away on June 2, 2014, only five months after learning of her cholangiocarcinoma. However, Finley’s Green Leap Forward Fund continues to this day with $85,000 in grants being awarded on Earth Day 2021 to six organizations. Since its beginnings in February 2014, the fund has awarded $345,000 total to environmental organizations.

After Finley’s passing, Ike and Julie opened Old Bust Head Brewing. As the brewery grows, they always continue to keep the focus on sustainability as a reminder of Finley’s passion.

In 2020, a solar array was installed on top of the brewery that powers 50 percent of the operations. “It made sense financially, especially with solar credits, but it was a lot of capital upfront,” Julie explains. “We decided on it as a gift for Finley.”

Additionally, Old Bust Head is taking is cleaning up its wastewater for its waste treatment plant through a process called side streaming. Essentially, this process removes materials high in biochemical oxygen demand (BOD) and total suspended solids (TSS) before going down the drain to the wastewater facility.

Carbon Capture for Small Breweries Too

In 2021, the brewmaster at Old Bust Head approached Julie about implementing carbon capture equipment. With some education, a visit to Denver Beer Company to see how they have implemented it, and meetings with Earthly Labs on the plan, it all seemed possible.

“The technology wasn’t there really for smaller breweries before,” Julie explains. In 2021, Old Bust Head produced 7,000 barrels. Unlike the solar array, this sustainable investment does not quite break-even but comes close according to Julie. “It’s the right thing to do for the planet. We hope this can inspire every brewery to capture their CO2.”

“That’s a pretty cool thing to think about when you are drinking a glass of beer. Fifty percent of the energy for this beer comes from the sun and it’s carbonated with all-natural CO2 collected from our little yeasties who are fermenting in our tank.”

Due to a snow storm, the event ended up occurring on Sunday, March 13.

In the end, installing carbon capture technology seems like a good, more accessible action a brewery can do to be a better global and corporate citizen. At the same time, doing it in your daughter’s spirit as a birthday present for her is perfection. 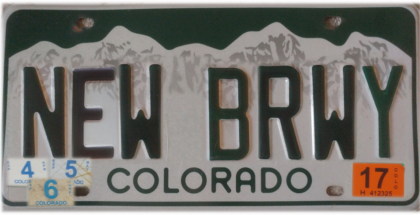 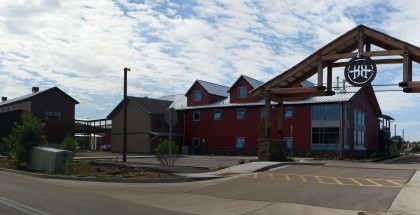 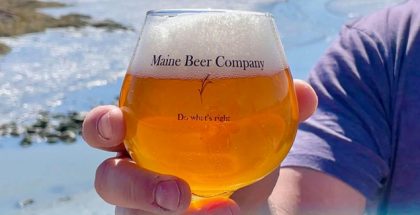