Y’all. Let me tell you about Wilmington, North Carolina: there is so much to do!

That was not always true. Since this writer’s last visit, more than a decade ago, things have literally gotten off the ground. See for yourself. Walk along Front Street and look up. The many high-rise condos, apartments, and businesses are proof of people (of all kinds) moving to Wilmington en masse. Sightseers can visit the retired battleship, the U.S.S. North Carolina; watch the sunset while cruising down the Cape Fear River;

and enjoy the azaleas and ancient oaks in Airlie Gardens. Music lovers can see acts like Bon Iver, Tame Impala, and Lake Street Dive at the Live Oak Bank Pavilion. Beach bums and SCUBA divers are only 20 minutes from the ocean. And foodies can dine at dozens of restaurants in the greater Cape Fear area.

Especially for fans of craft beer, Wilmington has never been more exciting. Even hitting four spots a day for a week, you still wouldn’t complete the Wilmington Ale Trail. There are so many bars, breweries, and bottle shops (with more on the way!) that some crafties have started referring to Wilmington as Asheville on the Coast, a phrase the locals might hate me for repeating. Not that there’s bad blood. “We love Asheville,” said industry insider, Jeremy Tomlinson. “But we’re not Asheville.” And they don’t need to be. They’ve got their own vibe, their own brews, and their own festivals. One of which this craft beer fan attended over April Fools’ weekend: the Cape Fear Craft & Cuisine.

“We love Asheville, but we’re not Asheville.”

Hosted at the North Carolina Aquarium at Fort Fisher, the Cape Fear Craft & Cuisine brought together more than 20 pairs of chefs and breweries for an unforgettable night of local indulgence. Unfortunately, even with early access, I wasn’t able to try everything. What I did try, I loved. Every bite, every sip, every pairing demonstrated passion and precision. To shout out just a handful:

Honestly, I’d love to comment on everything, but then I’d just be copying the menu. I will say this: the event organizers — Jeremy Tomlinson, Ellie Craig, Eve and Rob Robinson, Brookes Musser, Donnie Stone, Dana Hart, Katie Swenson, and Aaron Dowling — should be proud of themselves. They brought out the best in Wilmington.

The event was book-ended by highlights that I would be remiss for not mentioning. The night before, we had dinner at Front Street Brewery. The food was good, but Red Letter Dates stood out. It’s a sour Flanders Red Ale that was aged in oak for three years (!) before gracing the scene with its presence. I would go back to FSB just for Red Letter Dates.

The day after, we brunched at Waterman’s Brewing where we found a remarkable French toast. With its crispy shell and fluffy center, it was practically a doughnut.

After a stroll around Airlie Gardens, we headed to New Anthem Beer Project for more amazing sours and a stout for contrast. New Anthem is doing serious work in Wilmington. The sumptuous Garden Party AF and the puckering kvass, Mountains Bending Rivers, were so good I took some home with me.

At the end of a full weekend, I feel like we did so much, yet somehow so little. Already, we’re planning our return. There’s just too much good going on down there to leave Wilmington alone for long. 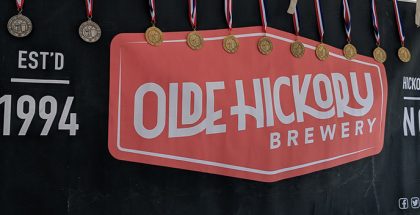 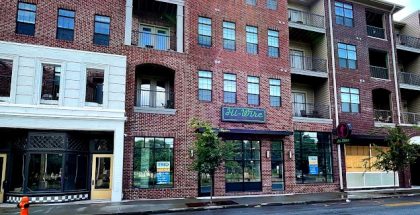 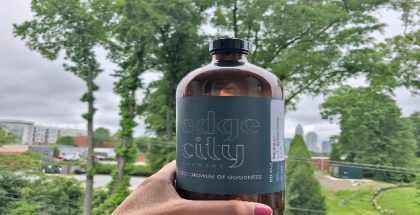