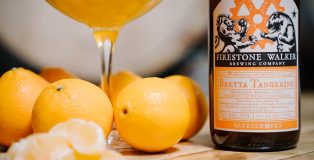 Being a master blender is much like being a mad scientist. It takes an innate knowledge of the craft, a bit of daring, and a bit of flare. The job inherits a lot of risk thanks to how unpredictable wild yeast can be. Thankfully, California-based Firestone Walker has the man up to the task.

Jim Crooks, affectionately called Sour Jim, has run Firestone Walker’s Barrelworks wild yeast facility since its introduction in 2014. During that time, he’s worked on unique barrel blending projects like Feral One and newer ventures like their recently-released Rose-style beer that uses locally-sourced Paso Robles grapes. Crooks has produced a lot of innovative offerings over the past five years, but the best may be yet to come given their focus on blending the lines between beer and wine with the help of locally-sourced ingredients. We asked Jim five questions about his role, why he focuses on fresh, and what comes next for Barrelworks. Here’s what he said.

END_OF_DOCUMENT_TOKEN_TO_BE_REPLACED 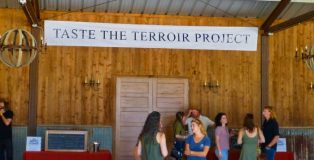 Traditional beer festivals are fun and a great place to experience new breweries, but they also can be a bit predictable if familiar breweries choose to just pour core beers that you’ve tried over and over again. If you’ve been to one local beer festival, chances are the next local festival will be much of the same… not bad, but still predictable. Over the last few years, we’ve seen breweries branching out and creating their own, and often uniquely curated beer festivals. Firestone Walker is no rookie when it comes to this. Events like From the Barrel, Firestone Walker Invitational Beer Festival and most recently Pils and Love all offer something beyond the norm.

END_OF_DOCUMENT_TOKEN_TO_BE_REPLACED 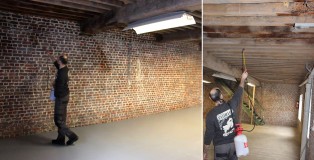