I just got finished shoveling snow and am about ready to start my commute to work. There’s no beer in my immediate future, but luckily I can live vicariously through the craft-brewed adventures of the PorchDrinking.com staff. This is What We’re Drinking.
END_OF_DOCUMENT_TOKEN_TO_BE_REPLACED

Today is my eighth consecutive day of work. Six of those days were 12-hour shifts. I work another 12-hour day tomorrow. I’m tired. I’m cranky. There hasn’t been enough beer in my diet, so definitely send some of that my way. My social media time was limited, but I gladly burned the candle at both ends for you, my dedicated readers. Raise a pint for me, and enjoy The Weekly Buzz.
END_OF_DOCUMENT_TOKEN_TO_BE_REPLACED 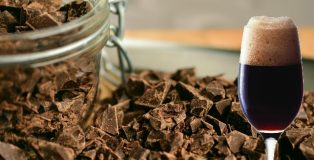