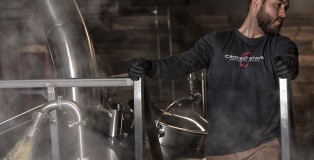 Chad Yakobson is restless. If you were in his boots, you would be too. It’s been almost five years since Yakobson first opened Crooked Stave Artisan Beer Project and yet it wasn’t until January 4, 2016 that he was finally able to brew his first batch of … END_OF_DOCUMENT_TOKEN_TO_BE_REPLACED