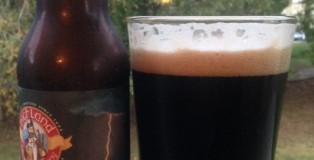 With a name like Thunderstruck Coffee Porter, the expectation is clear. Highland Brewing‘s winter seasonal should bowl us over with its coffee essence. END_OF_DOCUMENT_TOKEN_TO_BE_REPLACED 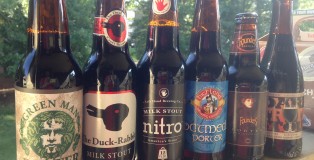 As a fan of dark beers, I’ve taken it upon myself to share an Ultimate 6er featuring only such beers. To keep it local, I’ve selected three beers native to North Carolina. Those from NC are Green Man Porter, Highland Oatmeal Porter and Duck-Rabbit Milk Stout. The others are Founders Porter, Boulevard Dark Truth Stout and Left Hand Milk Stout Nitro. END_OF_DOCUMENT_TOKEN_TO_BE_REPLACED 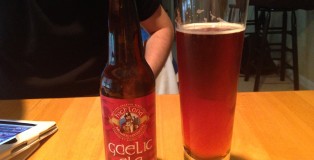 I was invited to a party recently. It had been a while since my last party so I opted in. As this would be a barbecue-centered party, I figured I should bring something. Beer was, of … END_OF_DOCUMENT_TOKEN_TO_BE_REPLACED 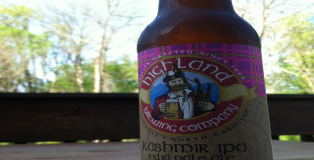 Ashveille, North Carolina has been put on the national craft beer map as of late with the expansion of large western brewing operations to the east coast. Asheville (and the surrounding area) now calls itself home to New Belgium, Oskar Blues, and Sierra Nevada. However, it is Asheville’s own Highland Brewing Company, who have been brewing in this area since the first craft beer boom in the mid-90s, that gets the spotlight in today’s review with their Kashmir IPA.