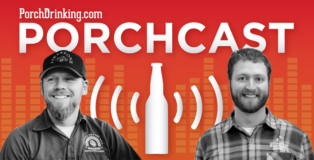 Episode 47 of the PorchCast had Tristan, Hunter and Sam recording from the Big Beers Belgians & Barleywines Festival at the Beaver Run Resort in Breckenridge, CO. In town for the special occasion was Matt Brynildson, brewmaster for Firestone Walker and Neil Fisher, co-founder and brewmaster for WeldWerks Brewing in Greeley, CO.