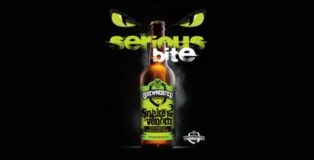 While there are an incredible abundance of existing and soon-to-come craft releases in the U.S., Brewmeister‘s Snake Venom is a rare sight in these parts. I recently had the honor of getting to try this beer that tops many beer drinkers lists. These aren’t charts for flavor and overall ingenuity, but simply because of the fact that it will knock you off your feet. At a staggering 67.5% ABV this fortified monster has made its rounds on the web as a viral hit, enticing the alcoholics of America with a great name and the promise that you won’t remember tomorrow. However, the real challenge isn’t staying alive after consumption, but rather just getting a hold of this beer in the U.S. in the first place.
END_OF_DOCUMENT_TOKEN_TO_BE_REPLACED