I had planned on writing something political this week. The urge to create a good old-fashioned doom-and-gloom post was almost undeniable, but it turns out that I don’t have the energy. There is simply no fuel left in my tank. We had a snowstorm on the second day of spring, which led to a lot of unwelcome shoveling. I had to replace the battery in my fiancee’s car (in the midst of the heaped-up snow). It’s just been one of those weeks. Here’s some stuff from Twitter and Instagram. I’ll be in bed drinking beer and enjoying my Weekly Buzz.
END_OF_DOCUMENT_TOKEN_TO_BE_REPLACED 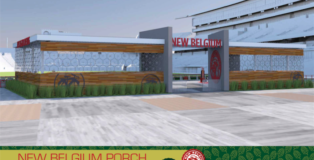 Stone Brewing releases plans for a hotel, Southern Tier breaks ground on their new brewery, and What the Funk!? invitational returns for its fifth installment. Don’t miss out on all of the moving and shaking going on in the craft brewniverse – this week’s craft beer news will inspire your next beer vacation! Keep reading to catch all of the details of in this edition of the Weekly Growler Fill.