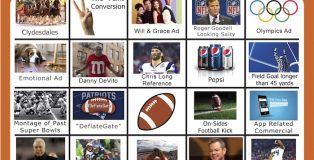 It’s time once again for PorchDrinking’s 2018 Super Bowl Bingo Cards for Super Bowl 52. In addition to the entertainment of seeing who can inhale the most combinations of cheese dips in one sitting, we’ve created bingo boards for your party-goers’ enjoyment. Each square should be crossed off as they occur. And sure since this is PorchDrinking, take a drink each time you cross off a square.

END_OF_DOCUMENT_TOKEN_TO_BE_REPLACED

Yards & Harpoon Place a Wager on the Super Bowl 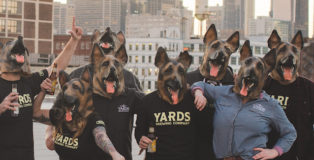 Super Bowl LII is barreling toward Minneapolis. The Philadelphia Eagles and New England Patriots are going to clash in a David and Goliath showdown, which will hopefully be a game for the ages. As a lifelong Eagles fan, I hope the Birds give the Patriots the thrashing of their lives. As if the game wasn’t going to be fun enough already, breweries in the teams’ hometowns are placing a little bet on the big game. Just as you would expect, it all started on Twitter.
END_OF_DOCUMENT_TOKEN_TO_BE_REPLACED