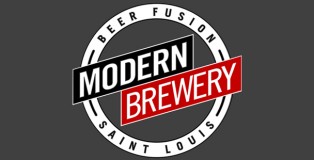 Modern Brewery is a relatively new face on the St. Louis beer scene, having celebrated their one-year anniversary this year. But their brews are already creating a buzz. I’ve had several local beer lovers tell me about Green Goliath DIPA. A few months ago, I finally got a small taster of it and quickly understood the reason for the excitement. It rocks. So I was stoked that upon filling my first Synek bag a couple weeks later at a local bar, The Gramophone, to see Modern dominating the taps. Instead of a taster, I treated myself to an entire gallon.

END_OF_DOCUMENT_TOKEN_TO_BE_REPLACED 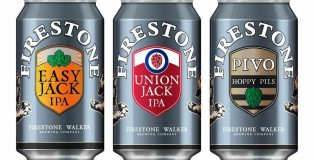 This week brings some super duper exciting news. Well, mainly one story in particular: Firestone Walker is coming out with cans just in time for sunny Spring days at the park! Other stories this week are more of the ‘feel-good’ nature: Stone Brewing donated a bunch of money to charity in 2014, there is yet again a new women’s beer mile record, and the CIDER Act is being reintroduced to Congress. Get the details of these headlines and more in this edition of the Weekly Growler Fill.

END_OF_DOCUMENT_TOKEN_TO_BE_REPLACED 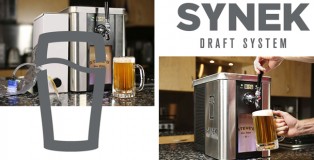 Typically, when I check out a Kickstarter project, I spend some time thinking about whether or not I want to spend the money to get behind it. What level do I want to go in at? Do I think the project will take off? But when I watched the video for Synek’s (pronounced like cynic) Kickstarter, I immediately pressed the ‘Yes Please’ button. And not for my usual T-shirt or widget level participation but for the device itself. The first two and a half minutes got me all excited at the possibilities and the last twenty odd hilarious seconds of grilling and throwing bananas sold me. END_OF_DOCUMENT_TOKEN_TO_BE_REPLACED 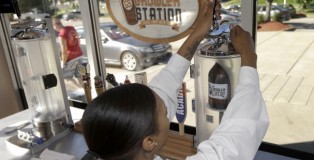 Just like every other week, I’ve compiled the craft beer news from around the country. This edition:  another state progressed forward, we will soon be able to tap any beer from home, and the PorchDrinkers partied like it was 1999. Keep reading to expand your craft beer knowledge and distract yourself from work that may have been in front of you.