It goes without saying that I like good beer. But moreover, I like a good beer with a bit of history and a real local flavor behind it. For some reason, things taste better when you know a bit more about where your beverage originated. As my sources indicated, The Shed, many decades ago, began as a cider mill where the menfolk would sinfully while away their Sundays while the ladies would piously pass the time in church. Time passed and the institution shifted to beer brewing. Then in 1965, The Shed Restaurant and Brewery opened its doors in Stowe, Vermont and continued to sell their beer to locals for almost half-a-century. This Stowe watering hole served as a rest stop for Vermont locals and ski bums to recount the day’s events on the mountains, and, of course, to those in the mood for a nice pint. 2011 rolled along and Otter Creek (owned by Long Trail) purchased the recipes from The Shed and began brewing the beers on a larger scale. Originally only available in Vermont, The Shed’s brews are now available on a broader base outside of the Northeast. I, for one, am thankful for this recent diaspora.

As a self-proclaimed hop head, I tend to gravitate toward high IBU counts and words like “Imperial IPA” and “Double Pale Ale.” Sometimes, though, I am in the mood for a change, a chance to really challenge my palate to new flavors. Enter the “Shed Mountain Ale.” As a Kentucky girl, when I hear anything prefaced by the word “Mountain,” it is usually indicative of something less-than-refined, of more grizzly origins, and something that was likely made in a still in someone’s barn. Not that shine or other sundry “Mountain” wares are all bad, it’s just that they will generally knock you over before you’ve realized what has happened. Thankfully, this is not the case with the Mountain Ale from Shed.

The Shed Mountain Ale pours a deeply amber, murky liquid topped with a thick, creamy head. The nose is sweet yet earthy, with light notes of espresso and malt. The first taste is reminiscent of a stout, with the toffee, coffee,and lightly chocolaty and caramel flavors dominating the palate. What is so interesting about this beer, though, is that it holds the flavor of the stout but not that not so lacks the undesirable scummy aftertaste that can build after a few sips. The finish of Mountain Ale is clean with a slight tang of hops. It’s an easy drinker for a darker beer, and lends all of the flavor of a heavier brew without actually being weighty. But be warned that I did not realize that this is a 7.4% ABV bottle and quickly learned that drinking this smooth brew will do precisely what most other “Mountain” products have the tendency to do: land you in trouble.

Mountain Ale is a great beer for those who aren’t such a fan of the heavy body of stouts and porters, but like the deeper flavors. I drink my coffee black and eat my chocolate dark, but tend to drink my beers lighter and hoppier. Shed now provides me the opportunity to enjoy that lighter density while still savoring the roastier, toastier (with a hint of bitter) tastes that I also love.

Five Apps That Will Take Over 2013 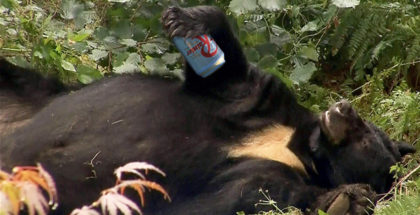 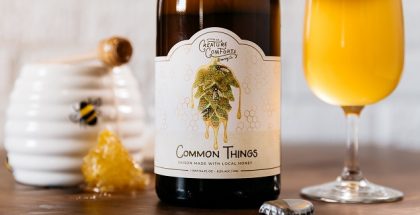 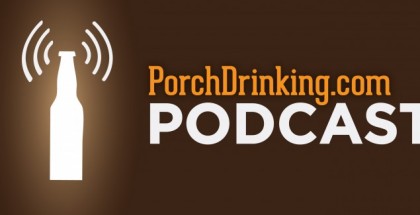